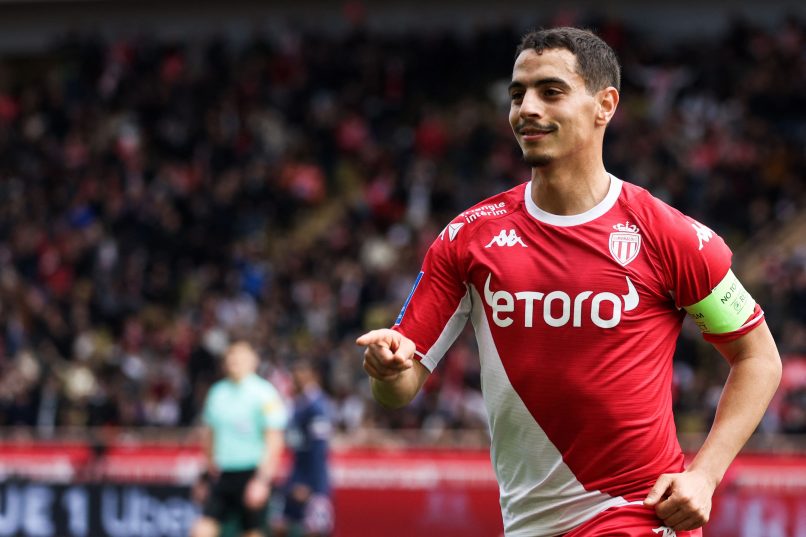 PSG and Monaco are two clubs who are perpetually teetering on the precipice of the next crisis, but it was the former who plunged deeper into the myre. A comfortable 3-0 victory for Monaco papers over the cracks of the crumbling Monegasque wall for now.

The home side were thrown into turmoil just hours before a clash. Although the match won’t prove decisive for PSG, who are trundling towards the Ligue 1 title, the dwindling hopes of a faltering Monegasque charge towards the European places rested on this result.

The news of the impending clear-out at the Principality club, broken by L’Équipe on Saturday night, was an unwelcome distraction. All eyes were therefore on Philippe Clement, who, if the rumours are to be believed, was potentially taking charge of his final match as Monaco manager despite only arriving just over three months ago.

But as they often have this season, Monaco turned up for the big occasion, facilitated in large part by PSG, whose naivety was duly punished. The Principality side are well accustomed to dominating possession, although they are much less used to creating gilt-edged chances.

Perhaps this explains their profligacy early on. Wissam Ben Yedder was at the heart of Monaco’s well-oiled pressing machine, winning the ball high in the opposition half on numerous occasions. It was his diligent work that almost opened the scoring, his interception and subsequent pass to Jean Lucas wasn’t finished by the latter with the goal at his mercy. A last-ditch tackle from the recovering Leandro Paredes was enough to steer the ball just wide.

Another half-chance fell to Jean Lucas and then to Youssouf Fofana, and one had the impression that if they had fallen to the prolific Ben Yedder, that the match could already have been settled as a contest.

When the Monaco captain did get his chance, he took it in typical clinical fashion. Fofana’s cross was met with a nonchalant front-post flick befitting of a player who is Ligue 1’s top scorer. PSG mustered a relatively tepid response to going behind, although the away side went on to dominate possession and territory for the remainder of the half. A Marco Verratti shot that sailed wide of the far post was the most notable chance from a side that looked creatively defunct.

The Ultras section of the Stade Louis-II remained absent in protest at the inherent instability of the club, and the lack of fight shown by the players, manager and management in the turbulent weeks and hours that preceded the clash. Instead, the stand was fitted with a sign that read, “Like you, we’re on holiday.” Judging by the lack of fight and energy shown by a PSG side, which are undoubtedly stronger than their opponents on paper (even without Lionel Messi), it was the away side who looked more in holiday-mode on the Côte d’Azur.

Their second-half performance was marginally more inspiring than the first, although, in the face of adversity, they once again crumbled. Things may have been different if Kylian Mbappé had converted, but after having rounded Nubel, his scuffed effort was cleared by the recovering Benoît Badiashile.

Monaco were happy to sit back and hit PSG on the break in the second-half, just as their opponents had done in the first period. Their fluidity and energy in transition eventually reaped its reward as Ben Yedder exploited the space vacated by the marauding Nuno Mendes. His cut-back found Ruben Aguilar, whose tame affront was diverted by a sprawling Kevin Volland, who tipped it around an already-committed Gianluigi Donnarumma.

PSG still struggled to find the attacking combinations to pick the lock, and their miserable day was capped in the dying minutes. Volland and Ben Yedder, whose relentless pressing was primary to Monaco’s success, yielded yet more reward as, having won the ball back, the former was clumsily felled in the PSG box. Donnarumma got a good hand to the Ben Yedder penalty, but couldn’t prevent the Frenchman from doubling his tally.

In this battle of the crisis clubs, it was Monaco who prevailed, yet, judging by the visual discontent in the stands, you wouldn’t have known it. A whole series of banners was unfurled during a protest in stages with anger directed at a malaise that fans believe permeates the whole club. Only the owner Dmitry Rybolovlev was exempt from criticism.

Although the desire of the players has come into question in recent weeks, and rightly so after Thursday’s defeat to Braga, Clement praised his side for having “the balls” to stand up to PSG in the way they did, with a risky, albeit well-calculated pressing game.

For Pochettino, his post-match comments had an all too familiar tone. “It was serious. It is unacceptable to start in this way. What happened today can’t happen again.” Within that refrain lay a reluctant acceptance that, with little to play for, this type of performance could define the champions-elect’s run-in.