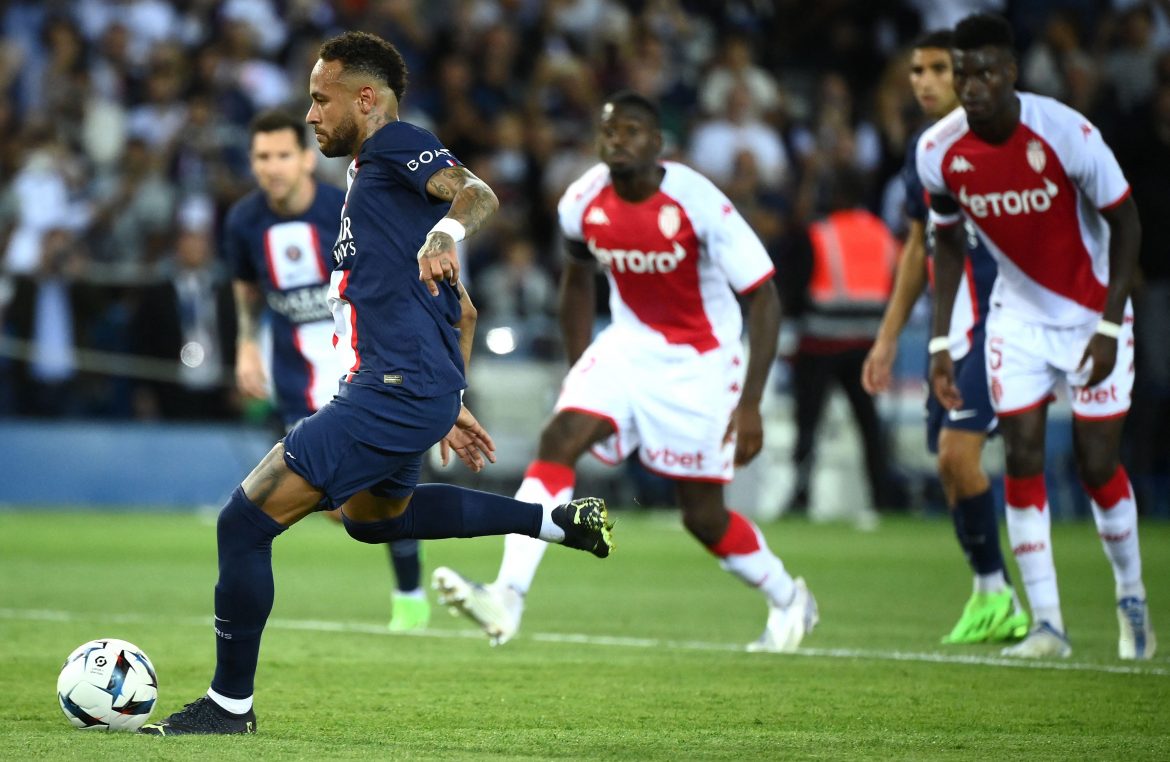 Paris Saint-Germain dropped their first points of the Ligue 1 campaign as Monaco brought their idyllic run to an end with an impressively organised performance at the Parc des Princes on Sunday night.

A tense start to the first half saw Neymar yellow-card while Paris Saint-Germian’s attacking trident was repeatedly frustrated by an assured Monaco defence, who kept everything out of their box.

Eventually it was the visitors who made the breakthrough on twenty minutes, as the Monégasques won the ball back in midfield before Kevin Volland was able to play a one-two with Golovin before winning his duel against Donnarumma – but the German was then forced to go as he picked up a knock in the process.

Monaco were very much winning the midfield battle throughout the rest of the half as new signing Mohamed Camara looked the perfect complement to Youssouf Fofana, who had lost his previous midfield partner in Aurélien Tchouaméni over the summer. There was a late flurry of PSG chances – including a passage of play that saw Messi hit the bar from range and Mbappé do likewise from the rebound.

The second half saw PSG continue to struggle, as Marquinhos saw a header loop over his goalkeeper and nearly into his own net, while Donnarumma’s foray outside of the box saw Ben Yedder round him before the Frenchman was unable to convert from a tight angle.

The hosts eventually equalised as Neymar’s foray into the box on a quick counter was stopped short by a foul, and the Brazilian characteristically tucked the ensuing penalty away with confidence. PSG then continued to press for the winner, as Achraf Hakimi saw his driving shot hit the woodwork while Lionel Messi  was free to orchestrate attacks, with the imperious Mohamed Camara having been taken off.

Tensions flared between the two sets of players at the end, but Monaco were able to hold out after a much-improved performance from their home loss to Lens.

After a dream start to the campaign so far, PSG have come back down to earth – and Christophe Galtier now has new questions to face.