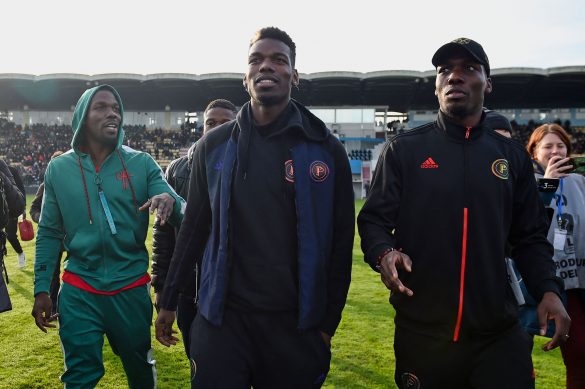 RMC Sport report this afternoon that investigators believe that Mathias Pogba has an alibi for the day that Paul Pogba was allegedly detained in an apartment in Paris – March 20 – by a group carrying out a suspected armed extortion attempt.

However, RMC Sport claim that Mathias was indeed in Italy on July 14, on the day that the individuals are said to have come to the Juventus training ground. Two days later, after discussions with the club’s legal team and his lawyer Rafaela Pimenta, the midfielder launched legal action.

Mathias is among five men to face an examining judge today in the wake of their police custody, as part of the investigation into alleged armed extortion and blackmail attempt of his younger brother.

Earlier on Friday, Mathias is said to have told police that the video uploaded in late August, in which he promised “revelations” regarding the France international, was his own initiative – but had recorded it in the home of one of the other suspects. Mathias Pogba will face the examining judge last, with his appearance expected to be at around 9pm local time. He continues to deny any involvement, as have the other individuals.