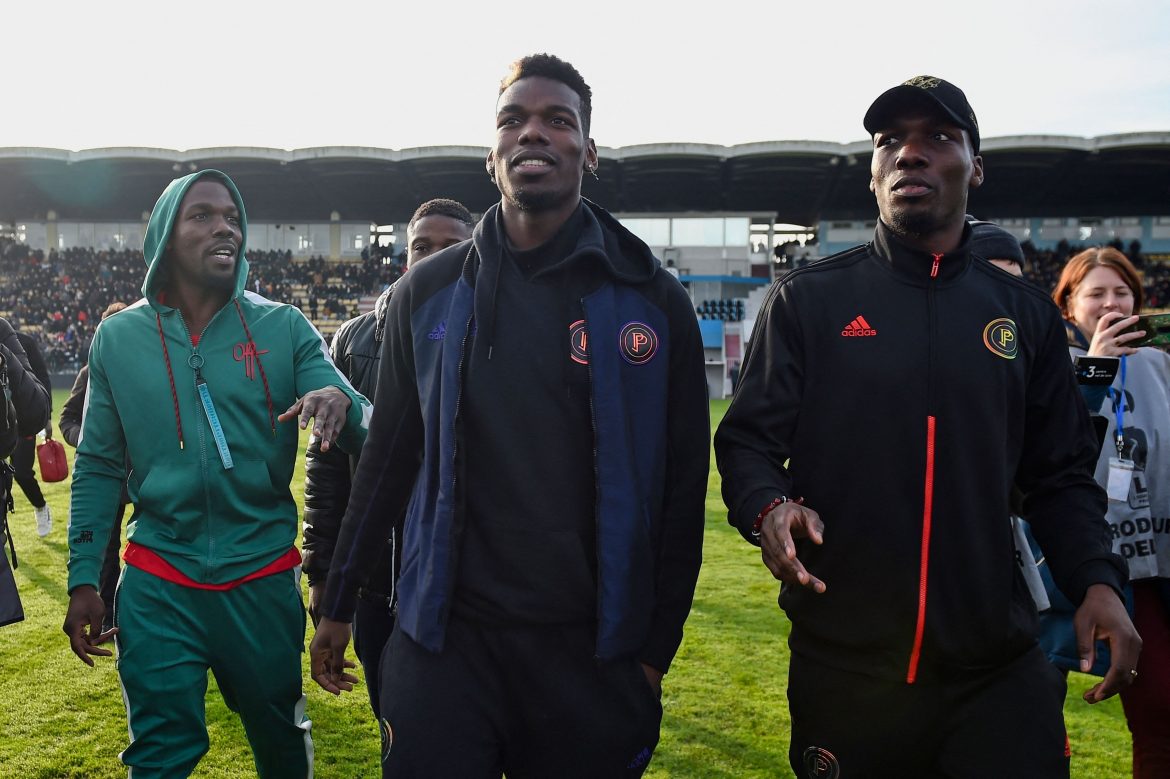 According to Le Monde, Mathias Pogba turned himself in on Wednesday to police investigating the case of organised armed extortion against his own brother – France international Paul Pogba. Between Tuesday and Wednesday this week, three other suspects were taken into custody relating to the extortion attempt of Pogba by the Paris prosecutors office.

Le Monde contacted lawyers both of Paul and Mathias, who are yet to respond on the matter.

After the official investigation from the Paris prosecutors was opened on the 2nd September, this is the first significant development in it, which is investigating on “charges of extortion with a weapon in an organised gang, kidnapping or sequestration with release before the seventh day in an organised gang to prepare or facilitate the commission of a crime or an offence and participation in a criminal association with a view to committing a crime.”

France Info reported that Paul Pogba  informed police investigators that his brother, Mathias, has been part of a concerted effort to blackmail him for €13m.

The matter came to light through the publication of a video on social media by Mathias Pogba, who claimed he was about the expose major revelations about his brother, Kylian Mbappé and Rafaela Pimenta. This announcement by the striker was then followed on Sunday by an official communiqué from Paul Pogba’s camp, affirming that the ex-Manchester United man was currently the subject of a blackmail attempt.

Paul Pogba has confided to Organised Crime division investigators that he was temporarily trapped by childhood friends and two hooded men armed with assault rifles. According to him, the gang demanded €13m from him and has intimidated him several times since, including at the Juventus training centre in Turin, where he told the police that he recognised his brother Mathias Pogba among the suspects.

Between March 25th and 29th, when the French national team hosted Côte d’Ivoire and South Africa in friendly matches, Paul Pogba took the opportunity to visit his family in Lagny-sur-Marne. Friends are then alleged to have dragged him to an apartment in Paris, where they blamed him for not helping them financially since he became a professional player. Among them, two armed men demanded €13m for “services rendered,” claiming that they had protected him discreetly for 13 years.

The 2018 world champion assured investigators that he had seen his blackmailers several times, notably in April in Manchester, then in July at the Juventus training centre in Turin. It was in Turin that he recognised his brother Mathias, with whom he has a difficult relationship, among the people he accuses of intimidating him. After this episode, Paul Pogba approached his club’s lawyers who decided to notify the police. However, RMC later reported that Pogba had initially paid the gang €100,000, a figure well short of their demands, in a bid to buy time and try and satisfy them, but to no avail.