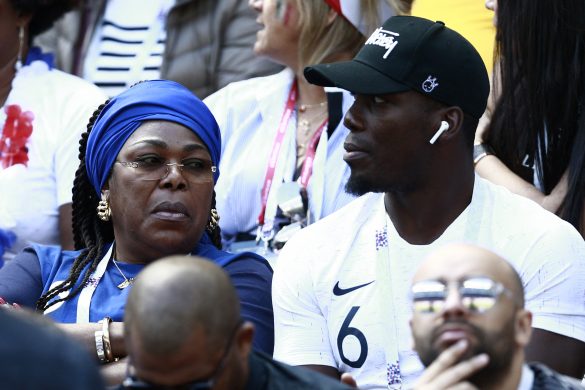 Speaking in a set of videos posted on social media, Mathias Pogba explained how his brother Paul is allegedly in cahoots with organised crime.

“The second subject is my brother’s collusion with organised crime. A lot of people will be shocked, struggle to understand it, but it is the truth. And that is why our family and those close to us are in danger today, because know, as he admitted in his documentary, my brother has always had criminals and delinquents in his entourage. And he still has today. If it was just about friendship, that would be fine, the problem is that he has used those relationships and their name, in part to protect him in the streets, but also to do business with them, with the aim of getting these criminals to do things for him. That they shed blood for him.”

“I was not aware of the extent of this until this affair, up until my brother betrayed his henchmen without warning anyone, abandoning my sister, my mother and me. Allowing for his family and those close to him to become a target of these bandits. From of those close to us, have already been attacked and shot at because of him. And the only reason that they did not go to the authorities was because of fear of retaliation. There is no way to protect us all like my brother did for himself. And it was only when I confronted him about his behaviour that brought Paul to decide to protect his mother, but only taking care of her. Abandoning the others. But of course, he put her in a place alone, without any protection, whilst he sits in his fortress surrounded by his bodyguards. On top of that, it was not free, my mother had to beg him and sort things out with him, which she sadly accepted to do.”

“The third subject is his collaborator, Rafaela Pimenta, who has taken over Mino Raiola’s business, who himself took over from [inaudible] Walid Zefti. They took over in terms of the professional part, but also in terms of the manipulation. How Paul is today is in large part because of these 3, as well as another person who we will speak about after. Particularly focusing on isolating him to then better manipulate him. The first one, Walid, fooled my brother, as was reported in the press. Mino, followed by Rafaella, did things behind his back, like with no other player. Now there is Rafaella, who manages his finances in a reproachable way. They are close to the point that she has her own bedroom in my brother’s house, organising late night meetings in my brother’s bed. And when I say that they have worked to separate by brother from his family, I am talking to a point where I called Rafa (Rafaella) for help when me and my family were in danger, she quite simply ignored me, either as an accomplice of my brother, or as a reckless person ignoring someone in danger. She has infiltrated our family to the point of managing nearly everything and becoming my brother’s 2nd mother.”