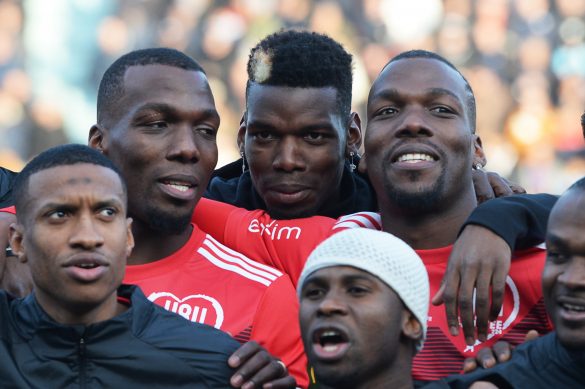 In a press release circulated on Friday morning, Mathias Pogba’s lawyer has released a statement in which he denies his client’s involvement in any “blackmail” against his brother Paul, claiming that any blackmail attempts are being made by  “external threats.” He says he now wants to calm things down.

Mathias Pogba is breaking the silence after the relative lull following the hype aroused by his promises of “big revelations” against his brother Paul for almost two weeks. The ex-Belfort player posted a video on social media on August 27th promising to reveal explosive information about his brother and Juventus midfielder Paul, but also about agent Rafael Pimenta. The next day, the French international’s lawyers revealed in a press release that he was already the subject of “threats” and “blackmail attempts in an organised gang.” An investigation was opened in France on August 3 with the Central Directorate of the Judicial Police (DCPJ).

Since then, the case has seized the media’s attention, which has prompted the entourage of Mathias Pogba to react through a press release from his lawyer, Maître Richard Arbib, this Friday morning.

“Given the evolution of the case and its media repercussions, Mathias Pogba wishes to indicate with firmness that he is totally foreign to any manoeuvre of blackmail with regard to his brother, Paul Pogba. It is clear that the difficulties experienced by the Pogba family are the result of external threats of which the justice system, now engaged in the matter, will take on with full measure. Mathias Pogba, who aspires more than anything to appease the situation with his brother, will henceforth reserve speaking out and keep his words for the investigating judges in charge of this case, if necessary.”