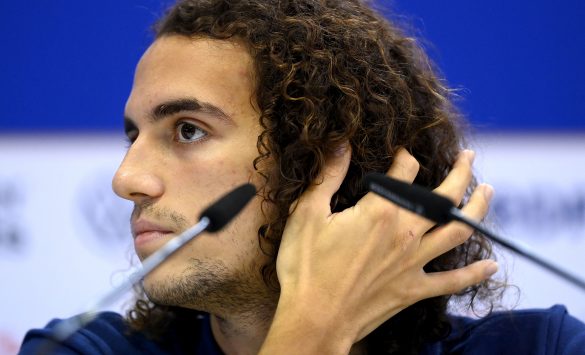 All members of Didier Deschamps’ France squad wore the shirts of their formative club during a photoshoot on Friday, all but Marseille’s Mattéo Gunedouzi (23), who came through the ranks at Paris Saint-Germain.

A picture of Les Bleus wearing the shirts of their formative clubs was posted on social media on Friday. William Saliba and Kylian Mbappé proudly sported the shirt of AS Bondy, Ibrahima Konaté wore an FC Paris shirt, and Ousmane Dembélé and Steve Mandanda featured in Évreux Football Club 27’s kit.

However, there was one glaring omission. Guendouzi didn’t feature in the shoot. The former Arsenal midfielder currently plays his football at Marseille. However, he came through the ranks at fierce domestic rivals PSG. While no official reason has been given as to why Guendouzi didn’t feature in the exercise, it would be understandable in the context why he wouldn’t want to be pictured sporting the colours of the current Ligue 1 champions.