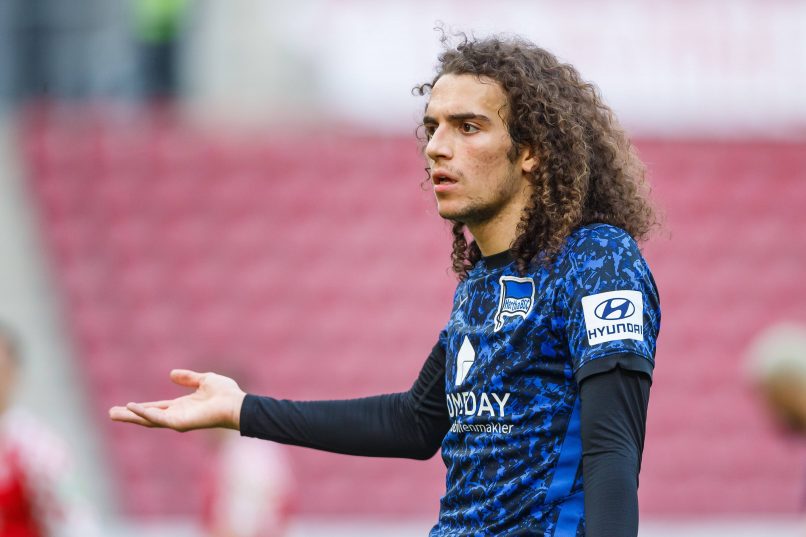 In speaking after Marseille’s loss to Monaco yesterday evening, OM midfielder Mattéo Guendouzi said that the 1-0 loss did not reflect the course of the game while explaining that “destiny in our hands – the end of the season is going to be interesting.” The Arsenal loanee said:

“We had a very good first half but we didn’t score, which would have put us in a very comfortable position. We were much superior in the first half… In the second half they managed to score with one of the few chances they had. We’re very disappointed, it’s another disappointment at home, especially since we were much better in the first half, it’s sad not to have been able to take advantage. This match has nothing to do with the one against Clermont, where we weren’t at the level of an Ligue 1 team. The result does not reflect the match.”

“Is the situation starting to get complicated? For you, yes, because we had a few bad results. But we’re aware of that. The fans pushes us at home and it’s sad to lose a lot of points at home. But we’re still in the Europa Conference, we’re third in Ligue 1 and we still have our destiny in our hands – the end of the season is going to be interesting. We have to keep our heads high and stay cool. By repeating the first period like this evening’s, which had a lot of very good things, we’ll take a lot of points. I trust my team and my coaches. I’m disappointed but not worried.”