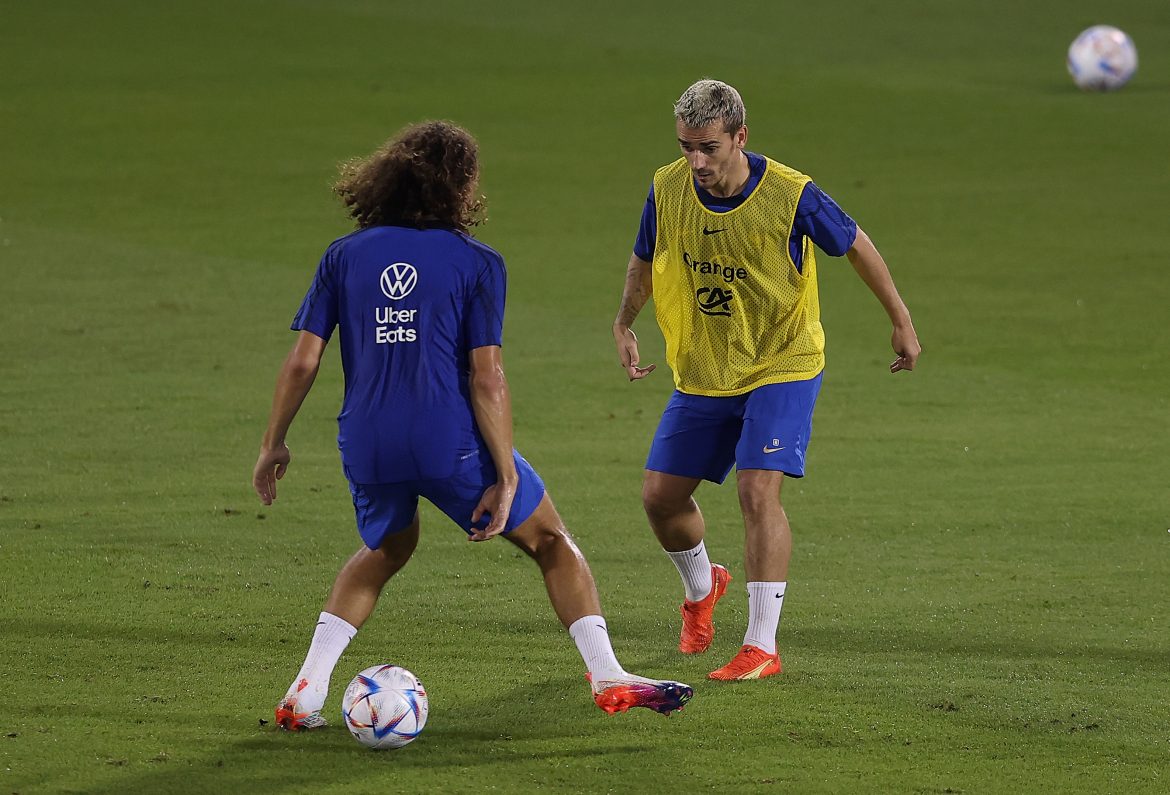 His words transcribed by RMC, the Marseille man indicated that Eduardo Camavinga had performed well in the left-back role in yesterday’s friendly match played between the France team’s substitutes and Al-Markhiya, a first-tier Qatari side.

With Lucas Hernandez ruled out of the entirety of the rest of the tournament after picking up a cruciate ligament injury just nine minutes into the match against Australia, Didier Deschamps’ only remaining option at left-back is the Bayern Munich man’s brother Théo.

Guendouzi also discussed Antoine Griezmann’s role, with the Atlético Madrid forward taking on a midfield role in Tuesday night’s match, and having been tasked with dropping deeper to win the ball back as well as orchestrate attacks. The former Arsenal man jokingly suggests that Griezmann’s skillset could even see him deployed as a defensive midfielder moving forward:

“He’s a player who can play in several positions, thanks to his quality and his workrate. Antoine puts in some really nice tackles, he’ll be able to play as a number 6 later down the line!”

Dani Alves: “Kylian Mbappé still hasn’t understood that his attack partners are more phenomenal than him.”