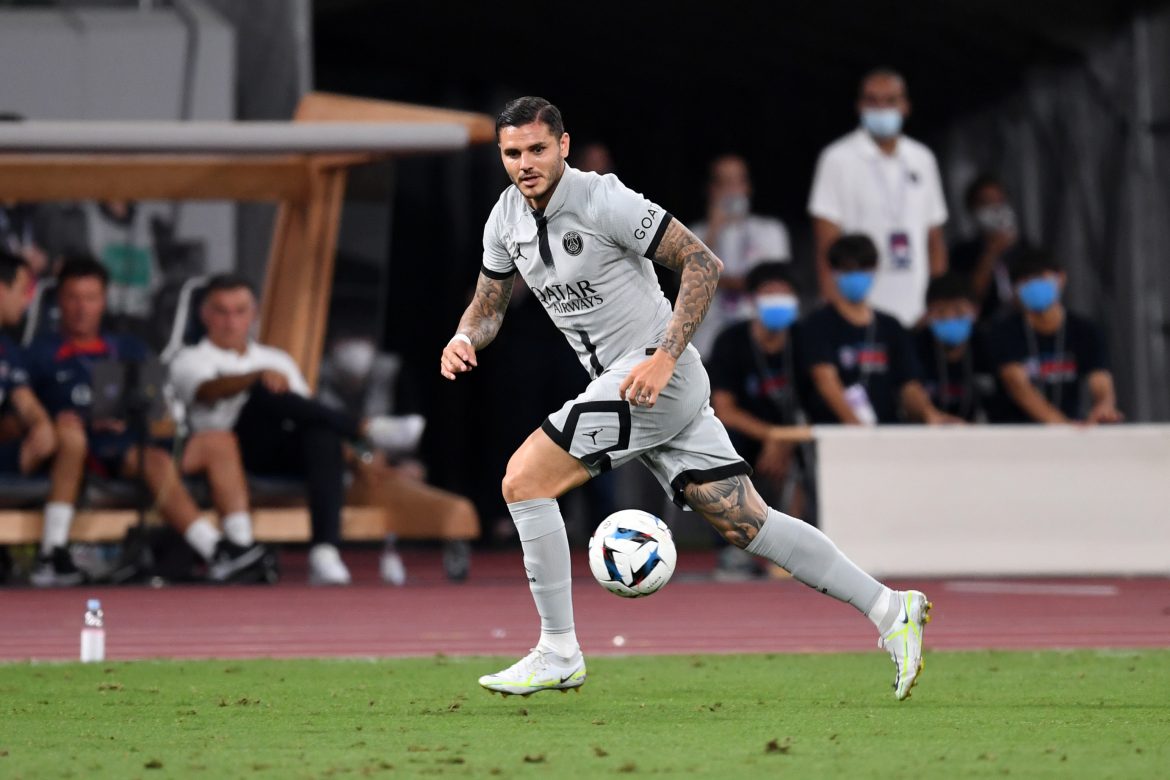 According to Saber Desfarges PSG striker Mauro Icardi has been added to the club’s list of unwanted players, after Hugo Ekitike’s return to form with the Parisian side. It has become a similar situation to Idrissa Gueye or Eric Junior Ebimbe after the arrival of Renato Sanches to the club.

L’Équipe reported last week that Mauro Icardi was absent from the Paris Saint-Germain squad to start the Ligue 1 season off against Clermont to allow him to settle a private matter.

The former Inter man had been in the squad for the pre-season tour of Japan, but was an unused substitute in the 4-0 win over Nantes in Tel-Aviv that saw the team lift the Trophée des Champions.

Icardi had missed several days of training last season amid a much-publicised separation with his wife and agent Wanda Nara, which would even see him miss out on a Champions League fixture against Leipzig.

The press in Argentina have indicated in the last few days that Nara has once again asked for a divorce, which the player himself has denied on social media. It remains unclear whether his absence last weekend was linked.