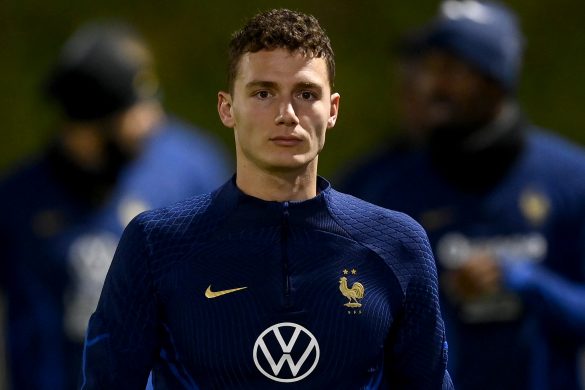 L’Équipe have revealed that certain members of the France squad, including Ousmane Dembélé (25) are “railing against” Benjamin Pavard’s (26) performance levels.

Pavard started the first game for France but was at fault for Australia’s opener. Jules Koundé then replaced the Bayern Munich defender for Les Bleus’ second game against Denmark, whilst it was Axel Disasi who started the final group game against Tunisia. For now, it seems, Pavard is France’s third-choice left-back.

Following Pavard’s performance against Australia, Didier Deschamps had some “hard words” for the player in the pair’s debriefing. Deschamps has always been a big supporter of the Bayern Munich player, but he expressed his displeasure regarding his body language and his failure to respect his instructions on the night.

Speaking after the Tunisia defeat, Deschamps revealed that Pavard wasn’t “in the right disposition” to play, but didn’t specify whether he was talking about the player’s physical or mental state. L’Équipe have now revealed that certain players, including Dembélé, are “railing against” the level shown by Pavard, whilst others, such as Hugo Lloris and Olivier Giroud are supporting that player.