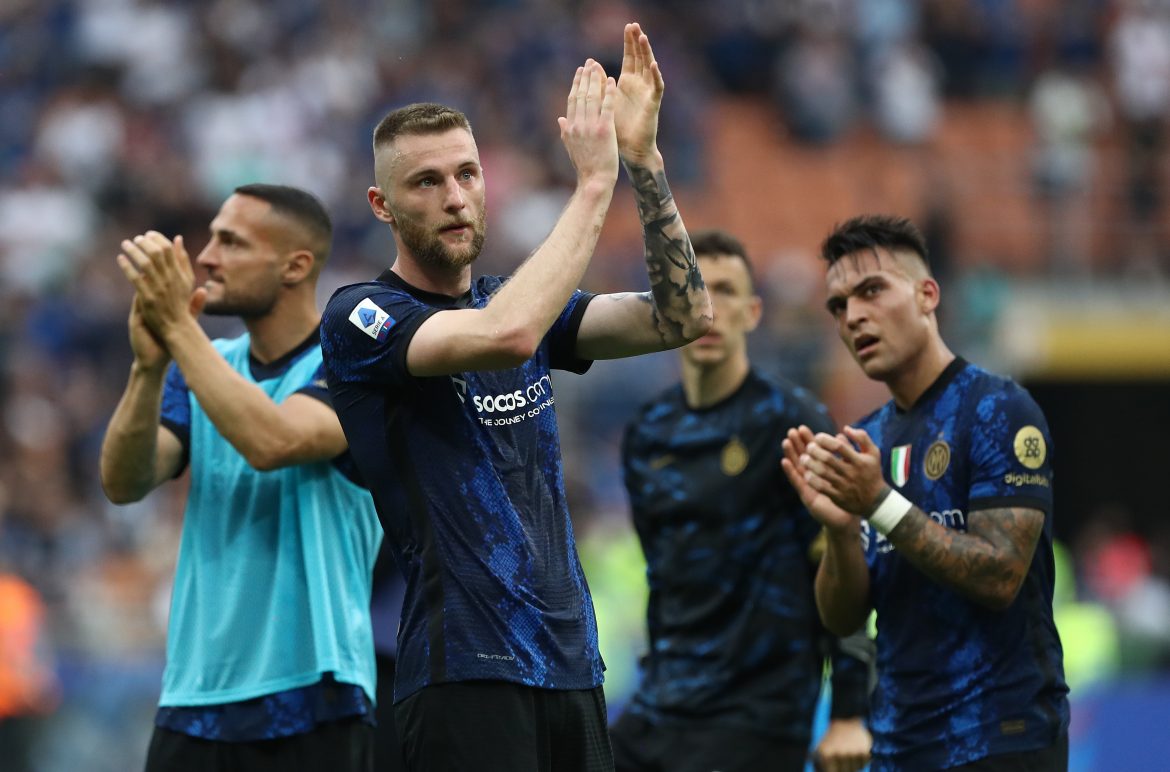 According to today’s L’Équipe paper Paris Saint-Germain target Milan Škriniar is likely heading towards a contract extension at Inter Milan despite PSG still pushing for the Slovak defender – the Serie A side are still demanding €70m for the defender.

The Parisian side were still confident over a deal last month, but the negotiations for the defender have dragged on into August with PSG unwilling to match Inter’s €70m valuation.

As reported by Get French Football News, the centre-back was one of three players the Ligue 1 champions had agreed personal terms in principle with last month, along with Gianluca Scamacca and Renato Sanches. Scamacca joined West Ham United late last month, yet a move for Renato Sanches is edging closer as the player is set to complete a medical in Paris this week.