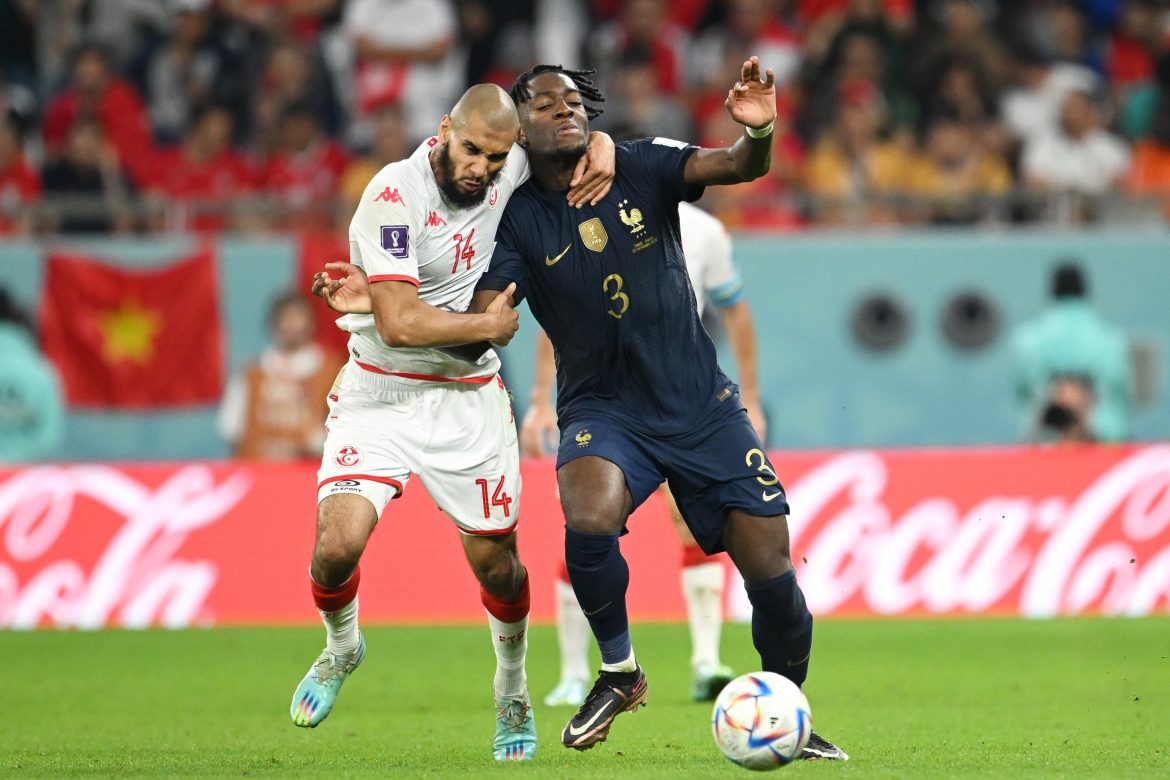 In France’s loss to Tunisia the 24-year-old central defender, Axel Disasi, did everything in his power to play a make-shift right-back position. However, the expectation that he could somehow be effective may have been too much for any 1.90 m (6 ft 3 in) tall center-back.

The Monaco defender had this to say about the match in a post match interview with beIN Sports, “As competitors we want to win all of our matches. Even if we remain first in our group and our objective is achieved we would have liked to do so without fault . . . But, that was not the case tonight. We lost to a worthy Tunisian team who were committed to winning. They played their game and we lacked precision.”

If there is any consultation to the Monaco defenders first World Cup match and international start is that we did see his competitive nature and willingness to help his team even if it was out of position. He had this to say about his first World Cup experience, “Personally, it’s true. It was incredible. When I found out about my selection I was proud and happy, but with the outcome of the match… there is also my competitive side that took a hit because we did not win. I would have liked to have won my first match, but hey, that’s football. You have to move on because there is a new tournament starting.”

Disasi may not get another chance in this World Cup. Especially at his natural role as a central defender. However, the Monaco star defender is still young with plenty of time to grow. The French international has been linked to clubs all over the world including PSG.