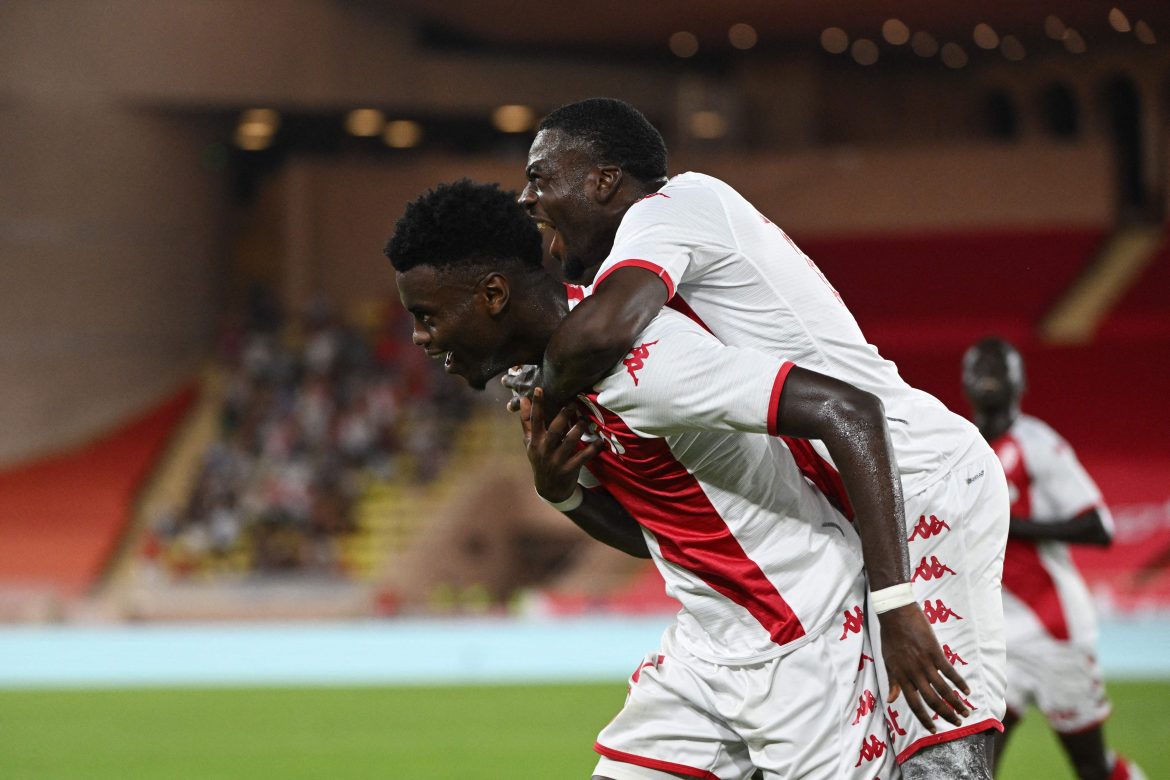 AS Monaco earned their third victory in the space of a week as they beat Lyon 2-1 at the Stade Louis II to register their first victory of the season at home.

Neither side could break the deadlock in the first-half despite a handful of half-chances for either side. Krépin Diatta went closest with a volley that struck the post before bouncing harmlessly wide.

The game burst into life in the second-half. Benoît Badiashile’s run was untracked from a Caio Henrique corner and he had the composure to place his free header into the corner of Anthony Lopes’ goal.

Just minutes later, Henrique linked-up with another one of his centre-backs to double the score. The Brazilian has been designated as Monaco’s main man on set pieces, and it is a decision that is already being validated.

Aleksandr Golovin, who troubled Lyon’s defence all night almost put the game out of reach mid-way through the second-half with a curling effort inside the box. However, Lyon pulled themselves back into the match just a few moments later. Karl Toko Ekambi met Rayan Cherki’s cross sweetly on the volley, and the shot was too well-placed and well-hit for Alexander Nübel to keep out, despite managing to get a touch.

Monaco would have to count on the Bayern Munich loanee again before the end of the match. Substitute Moussa Dembélé had the goal at his mercy when put through on goal, but Nübel spread himself brilliantly to deny Peter Bosz’s men an equaliser.

Monaco just held on to secure the victory, their first at the Stade Louis II this season at the fifth attempt, to move up to seventh in the table. The pressure may already be growing on Bosz, as his side suffered consecutive defeats to demote them to fifth after their overwhelmingly positive start to the season.