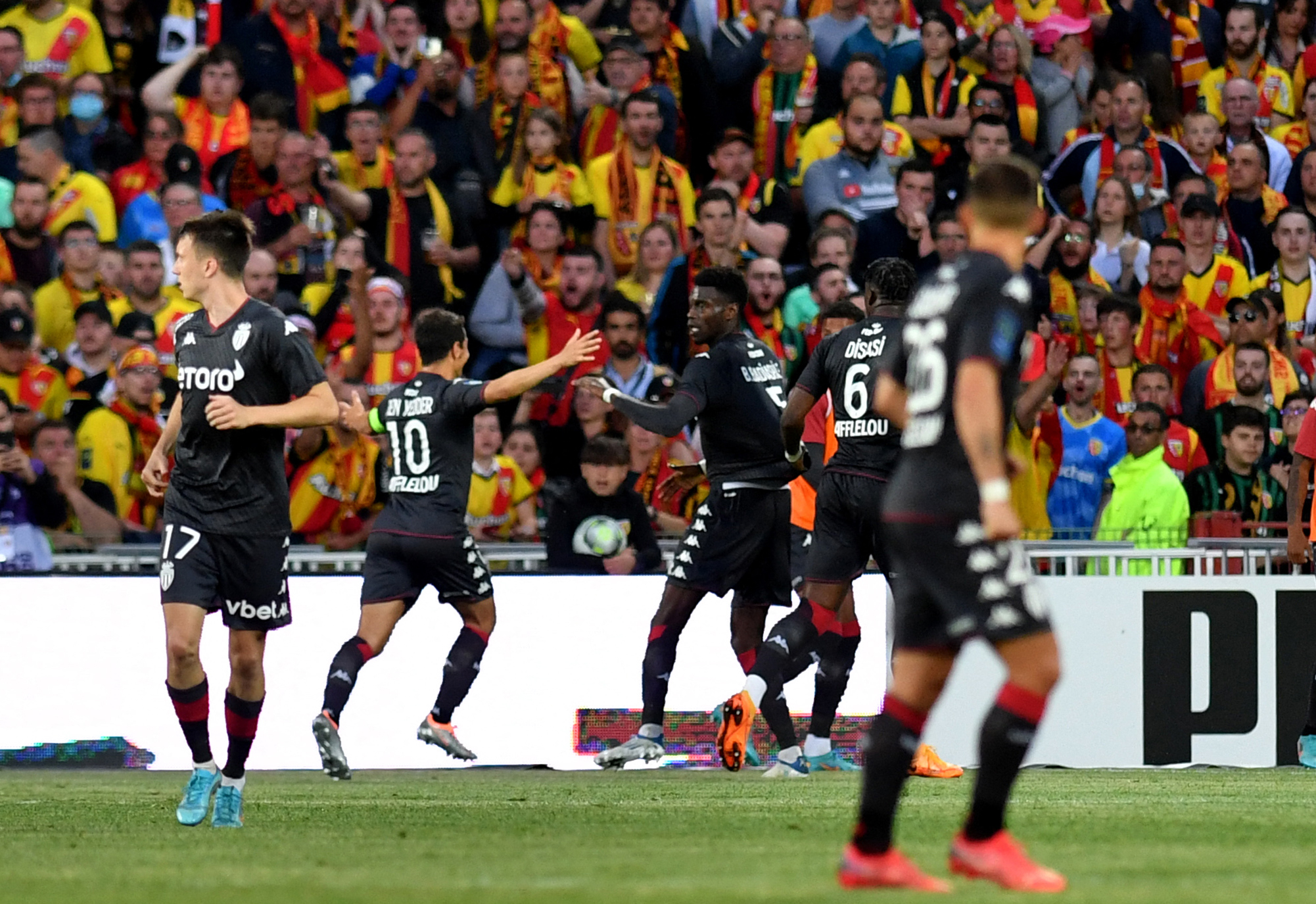 Monaco saw an automatic spot in the Champions League group stages slip away at the last minute as a Lens equaliser denied them a tenth league win in a row.

The hosts had made a bright start, urged on by their fervent support as Franck Haise’s characteristically adventurous game plan was put into action.

Some early chances from Kalimuendo and Sotoca, proved straightforward for Alexander Nübel to deal with from range, but nevertheless helped the crowd carry over the atmosphere they built up before the game. Their best chance came from a ball threaded through to the omnipresent Seko Fofana, who saw his close range shot parried by the German goalkeeper.

Frankowski eventually opened the scoring after blasting the goalkeeper’s parry from a cross into the roof of the net. A booming Bollaert was sent into further delirium when the news of Marseille’s opener against Strasbourg filtered through – as things stood, Lens had secured their Conference League.

Lens began to fade away towards the end of the half, though. The visitors equalised through a controversial goal by defender Badiashile, as penalty area confusion saw multiple Lens men down, before the ball fell to the centre-back to finish from close range.

The second half saw the hosts look increasingly feeble, as Wissam Ben Yedder caused trouble for the defence and broke through several times. The forward would eventually give his side the lead, nodding in his 25th of the season at the back post from a Kevin Volland assist.

Urged on by a hopeful Bollaert, Lens sought to wrestle back control of the game and set up a string of chances of their own, notably a curled Fofana shot which Nübel did well to push wide. Tensions were high as several scuffles broke out between players – although there was a brief respite from the frantic play as Yannick Cahuzac came on for his final appearance in professional football.

It was substitute Ignatius Ganago who would strike the deadly blow and send Monaco to the Champions League qualifiers, with Marseille’s win over Strasbourg seeing them leapfrog the principality side.

For Lens, the festive atmosphere continued well after the final whistle – they may have missed out on Europe on the final day for the second season in a row, but the spirited performance from the Sang et Or was more than good enough for the Bollaert faithful.