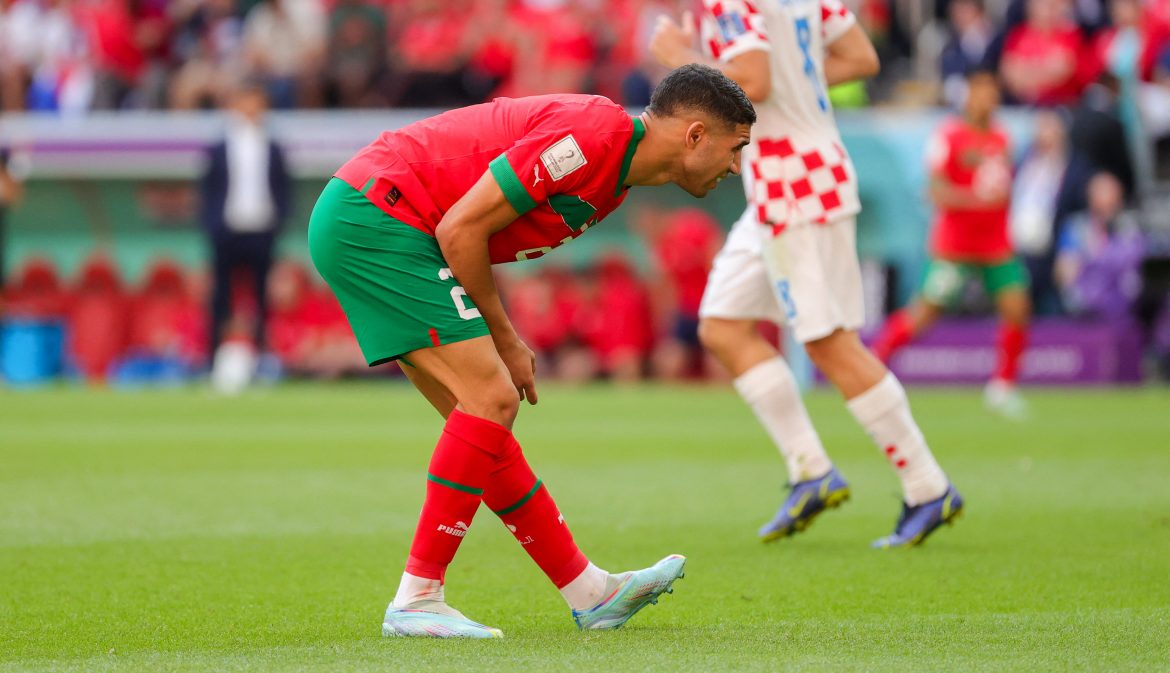 Foot Mercato are reporting that Morocco right-back Achraf Hakimi (24) is a potential doubt for Morocco’s game against Belgium on Sunday, after feeling discomfort behind his thigh during a 0-0 draw against Croatia.

Despite managing to finish the encounter, the Paris Saint-Germain defender didn’t come away from the match entirely unscathed. As reported by Foot Mercato, Hakimi has felt a niggle behind the thigh during the second half, and with only three days to go until a crunch match against Belgium, there is cause for concern.

Bayern Munich’s Noussair Mazraoui (25) left the pitch on a stretcher against Croatia. Should Hakimi not be available for Morocco’s second fixture of the tournament, Mazraoui would have been the natural deputy.

After their key tie against Belgium, Morocco will face Canada next Thursday, who were narrowly defeated by the Red Devils last night. Roberto Martinez’s men are therefore currently top of Group F.