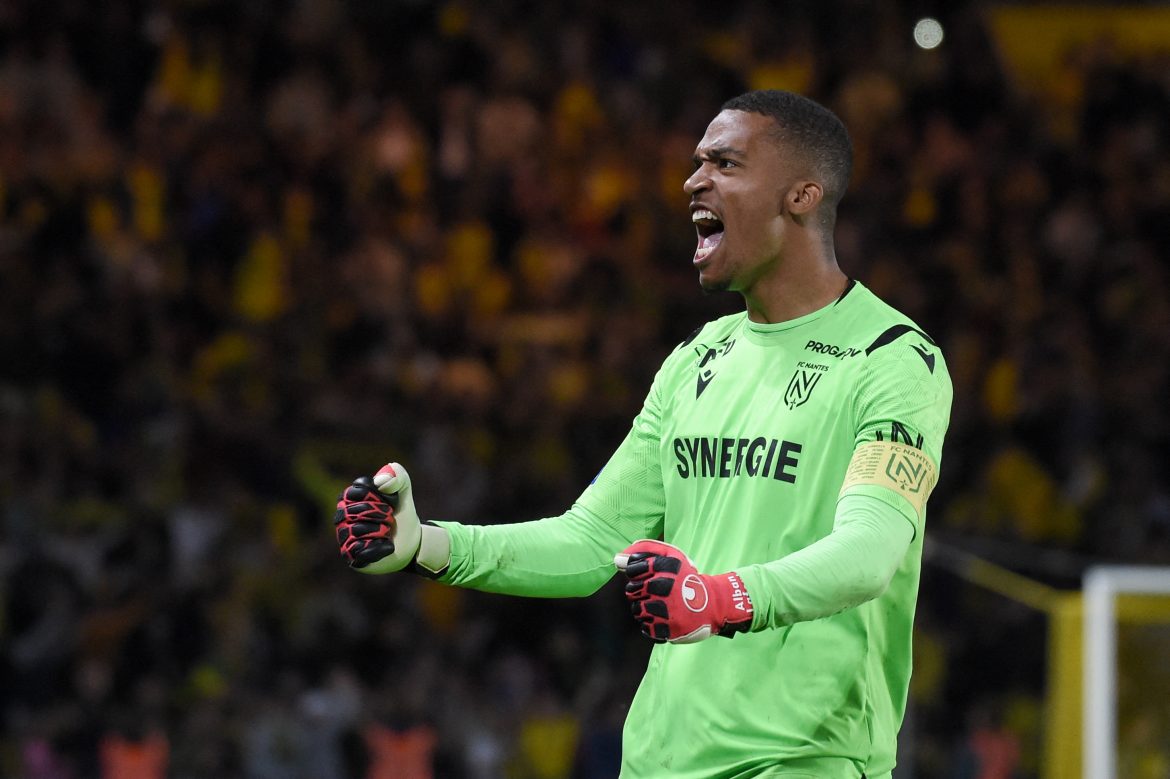 L’Équipe report today that Nantes pair Alban Lafont and Ludovic Blas have been offered to clubs for €20m by Mogi Bayat, an influential agent who is close to the club.

With the club qualified for the Europa League next season and manager Antoine Kombouaré’s future secured for another season, the Coupe de France winners were looking to hold on to as many key players as possible. Club president Waldermar Kita had recognised that this would be a difficult task ahead of what is set to be a busy summer on all fronts.

Lafont has been one of the finest goalkeeper in the country this summer, finally coming good on the promise he showed when he first broke out at Toulouse as a teenager. The 23-year-old is tied to the club until 2024.

Blas, 24, is under contract until 2024. He has been the team’s attacking leader this season, and scored the winner in the cup final over Nice to add to his 10 league strikes. The club have tried to extend his contract, in vain.

The two will leave Les Canaris depending on the project presented to them, with various clubs interested in signing them after being offered around Europe.

Renato Sanches set to join Milan for less than €20m