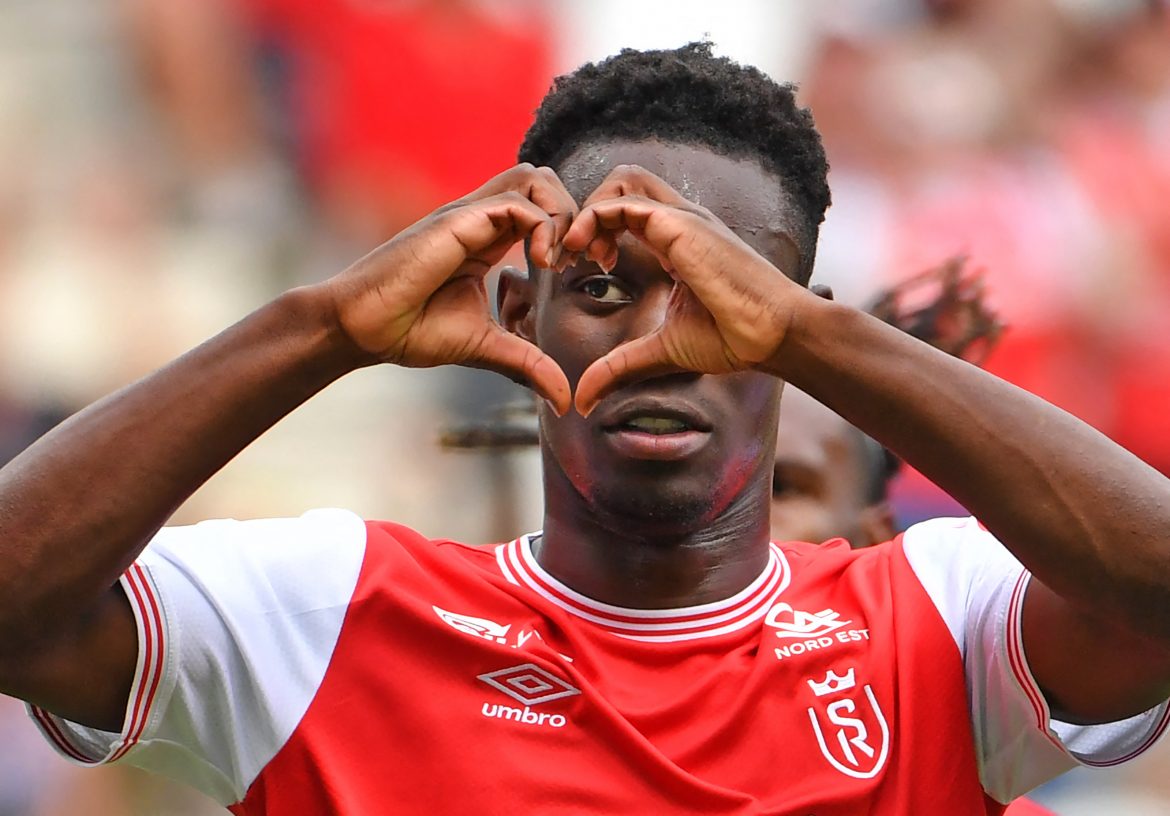 According to L’Équipe FC Nantes wanted to sign Reims’ sparkling Arsenal loanee Folarin Balogan back in July – but a disagreement over the player between manager Antoine Kombouaré and sporting coordinator Pilippe Mao meant that Les Canaris missed out on the now-Reims man – who has scored five goals in six appearances for the club so for this season.

This comes as the second revelation made by L’Équipe – who reported in late August that Stade de Reims attempted to sign Folarin Balogun (21) back in 2019 before the Englishman signed his first professional contract with boyhood club Arsenal. Instead, the relationship created from this first contact came to use later on and helped bring the young attacker to Oscar Garcia’s Stade de Reims.

Balogun is now currently on loan at Reims and has enjoyed a record-breaking start to his time at the Stade Auguste Delaune. In scoring in each of his first three Ligue 1 appearances, he became the first player to do so for Reims since Jacques Vergnes in 1975. He’s gone on to score a further three since.