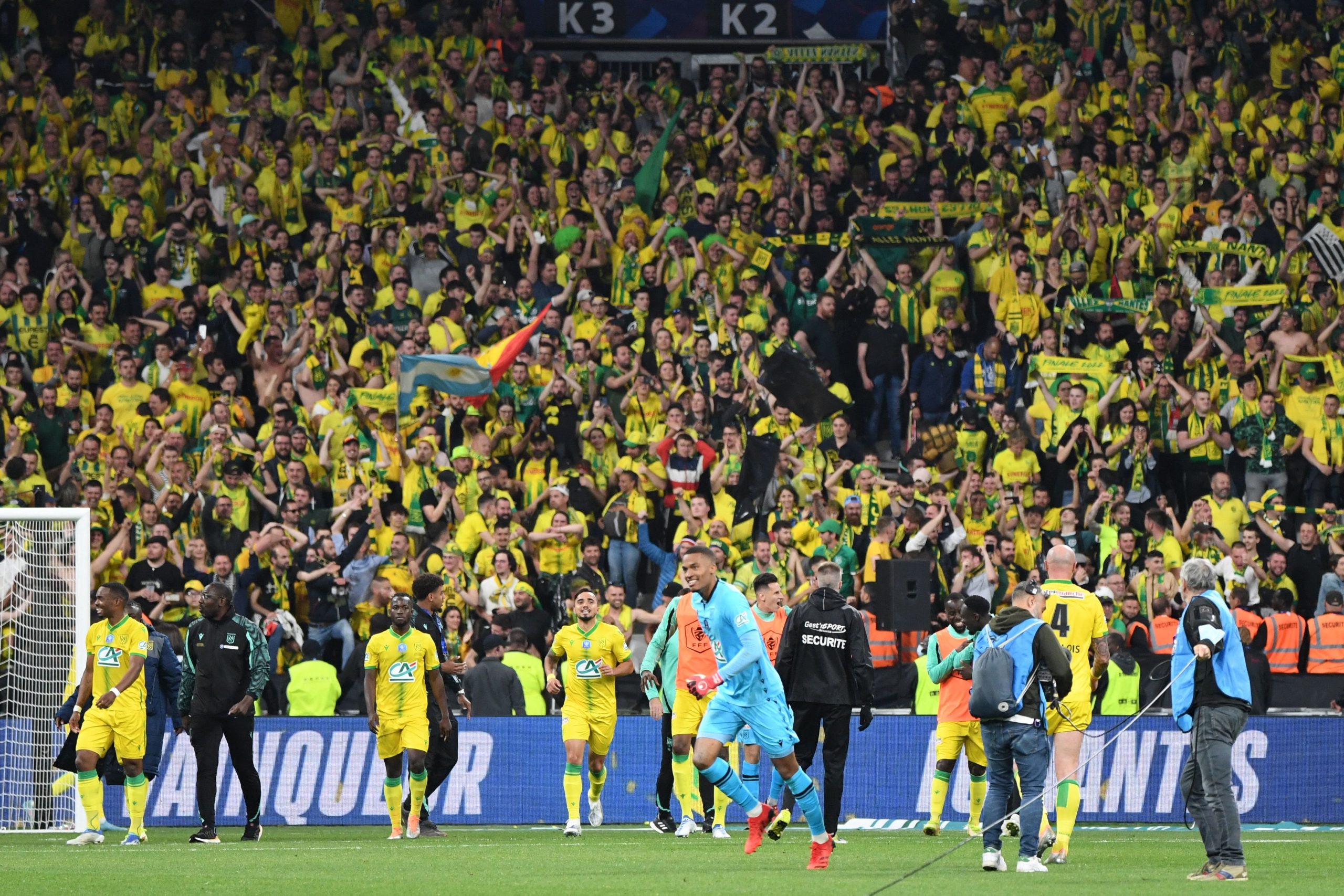 Nantes have won the 4th Coupe de France in their history tonight with a 1-0 win over Nice in the final, securing a place in next year’s Europa League group stage in the process.

The match saw a sturdy defence from Les Canaris, in particular from Nicolas Pallois, who kept the opposition defence largely quiet throughout.

Antoine Kombouaré’s men took the lead with a penalty from captain Ludovic Blas early on in the second half, after a handball call. They then continued to hit Les Aiglons on the break, with the likes of Randal Kolo Muani and Moses Simon causing trouble for Dante and his defensive partners.

The former PSG and Lens manager lifts the Coupe de France tonight after 15 months in charge which have seen him take the club from 18th place to a top 10 finish and a place in Europe next year.

Tonight’s win is Nantes’ first title in over 20 years, having last won the league in 2001, and taken home the domestic cup the year before that.