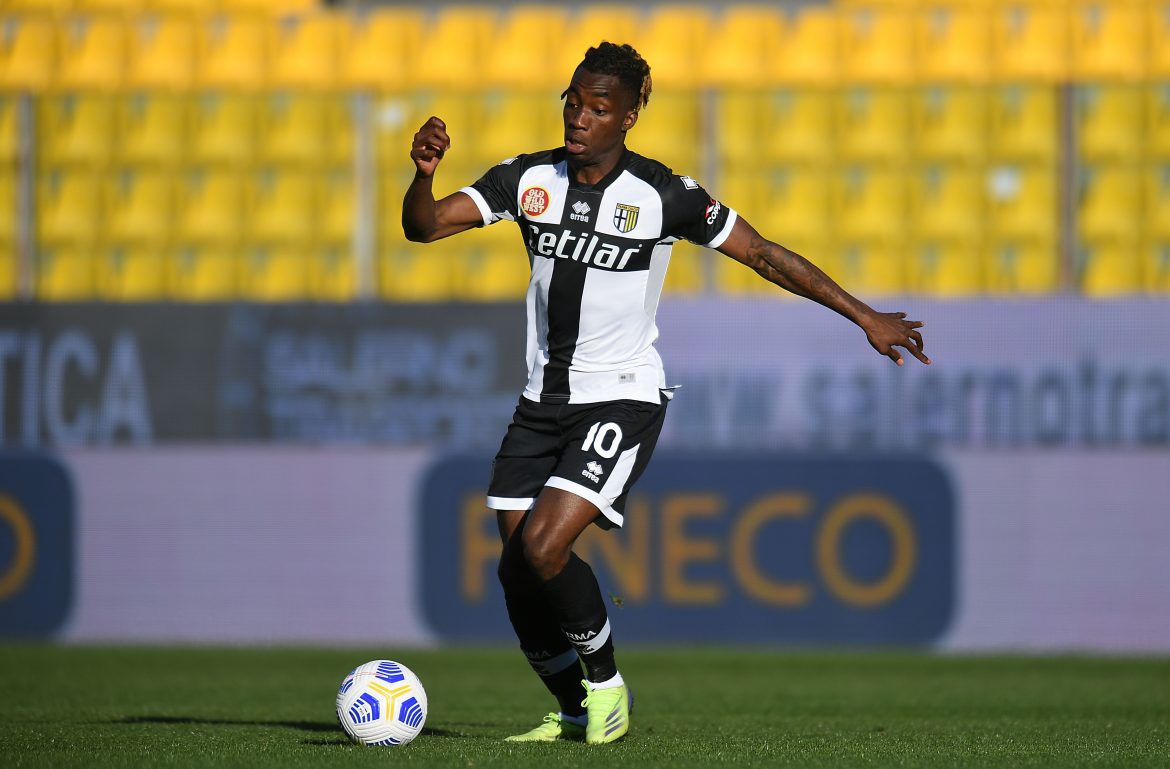 L’Équipe and Presse Océan report that Ligue 1 outfit FC Nantes have begun machinating as possible targets to replace 24-year-old attacking midfielder Ludovic Blas, who is under contract until 2024 but is currently the subject of an intense charm offensive from fellow French 1st division outfit Lille.

Les Canaris have cast their eyes to versatile attacking talent Yann Karamoh in their search, who is currently under contract with Parma who play in Serie B.

Karamoh is a SM Caen youth production, who was transferred to Inter Milan in 2018 for €10m. He has made a total of 55 Serie A appearances and most recently spent last season on loan in the Turkish Super Lig with Fatih Karagümrük, where he scored 4 goals, provided 3 assists and made 32 league appearances.

Karamoh (24) is still under contract with Parma, who bought him in 2019 for €8m – Parma are keen to get him off of their books as they seek to reduce their wage bill. Nantes have a relationship with the Italian club, having dealt with them last summer through the signing of midfielder Wylan Cyprien on loan.

Cadiz and Espanyol are also interested in Karamoh, whilst Burnley have also made contact. Karamoh is prioritising a return to Ligue 1 to be put back into the limelight.