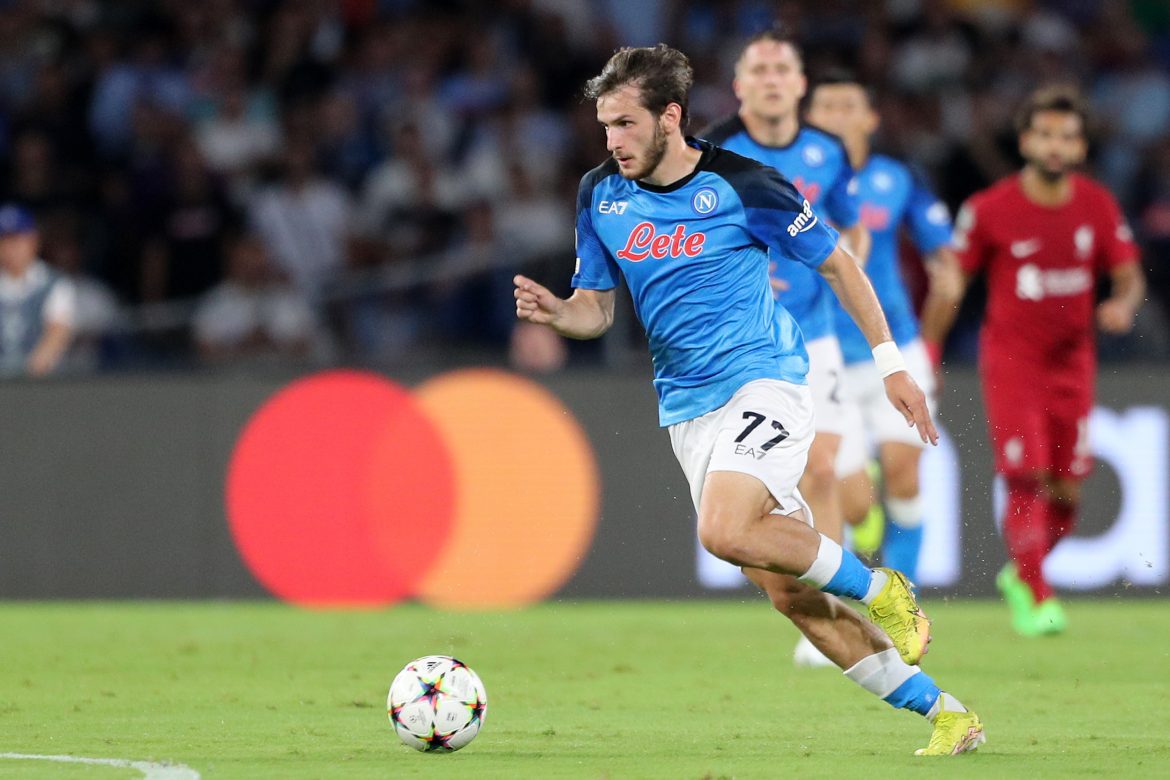 The 21-year-old has impressed during his time in Campania so far and has four goals in six games. The Azzurri signed him for €10m, having returned to his country to play for Dinamo Batumi after the Russian invasion of Ukraine forced him to leave Rubin Kazan.

Sagnol had tried to convince several French clubs to sign him, but only one tried to do so and only the “three or four biggest clubs” took the former Bordeaux manager’s advice seriously.

“All I heard was, “he’s a player who’s tired after the 70th minute’, ‘you know Willy, he’s  just a Georgian, he’s not Brazilian, it’s less glamorous.'”

The winger, who notably impressed in the Champions League against Liverpool, is seen by Sagnol as being very close to Franck Ribéry – “Take Ribéry at the same age, and how he managed to improve with time, and you have the exact copy.”