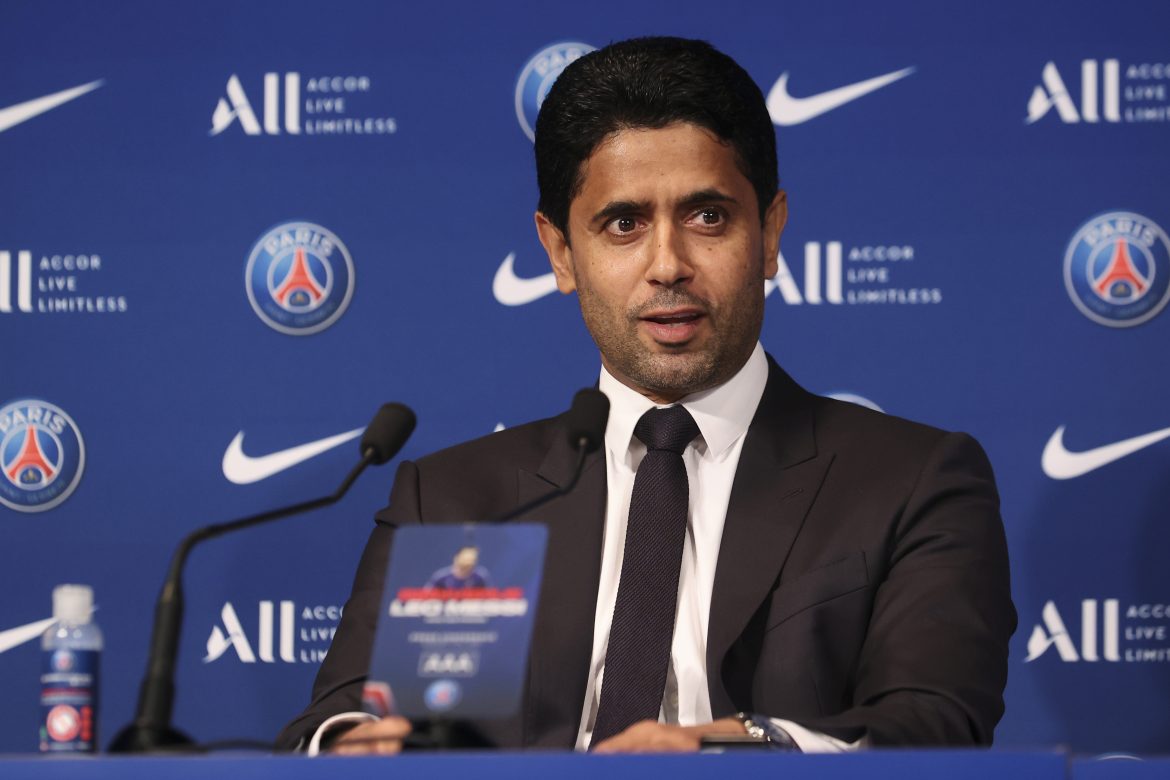 According to L’Équipe PSG owner Nasser Al-Khelaïfi’s lawyers have responded to claims made by French newspaper Libération yesterday that implicated him in an alleged affair involving blackmail and secret deals to prevent Qatar’s state secrets from being leaked.

“In response to media reports in France about ongoing investigations against three individuals suspected of illegal activity, we categorically confirm that they are not related to Mr Nasser al-Khelaïfi.”

The article, published yesterday, explains that a French-Algerian entrepreneur known as Tayeb B. living in Qatar with his wife and children was arrested and imprisoned in poor conditions on January 13 2020, allegedly because he was in possession of documents which were compromising for Al-Khelaifi. He would only be released nine months later after handing over the digital files.

Libération says they have spoken to the businessman’s lawyers – but not Tayeb B. himself – who have indicated that some of the documents would have allegedly added credence to the claim that corruption was involved in handing the 2022 World Cup to Qatar. A second batch reportedly covers hidden work documents and the final one about Al-Khelaifi’s private life in Paris.

Among the claims in the article, Tayeb B. is said to have received death threats and been made to stand up for hours on end before being questioned, and allowed to sit down only if his answers were deemed satisfactory.

The article also points to an investigation by Le Parisien and Le Journal du Dimanche from earlier this week indicating that three individuals had been arrested in an affair linked to the PSG upper management, including former two policemen – one of which a former officer who had been in charge of supporter liaison. The third person, initially presented as a lobbyist, is none other than Tayeb B.

One source has told Libération that there is a possibility Tayeb B. may have used the documents in his possession to blackmail Al-Khelaifi and that the Qatari government looked to prevent them from surfacing, which would nevertheless “not justify the inhumane treatment he says he went through in Doha.”

The piece goes on to explain that a secret agreement was signed regarding the documents, between Tayeb B. and Renaud Semerdjian, one of Al-Khelaifi’s lawyers in France, by which the former is to remain silent lest he pay €5m, and recognises that he obtained the documents illegally. A source close to Al-Khelaifi cast aside the accusations and links to the PSG president and indicated that Tayeb was a “blackmailer who wanted millions and burnt himself.”