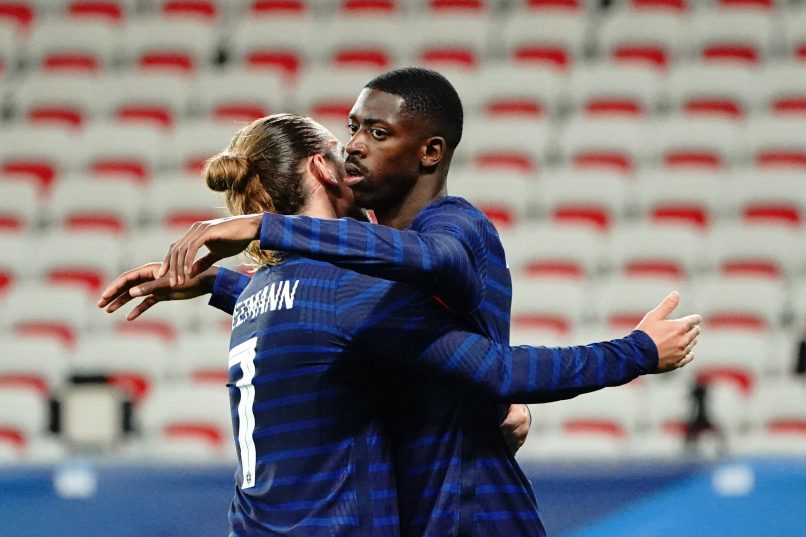 As reported by Foot Mercato, contract talks between Barcelona and French winger Ousmane Dembelé are indeed set to resume in the coming days.

It had seemed as if the 24-year-old was likely to leave Barcelona either this month or at the end of his contract in the summer, but a new meeting has been set between his agent Moussa Sissoko (who was seen answering a call to PSG sporting director Leonardo at an airport yesterday) and Barcelona president Joan Laporta for tomorrow.

However, the outlet says, the former Borussia Dortmund player has no desire to join Chelsea, or anyone else, this month despite being previously been linked with a €20m move to Manchester United or Newcastle United among others.

Barcelona themselves are looking to move forward on several incoming deals – namely that of Spanish striker Álvaro Morata or Argentine Nicolás Tagliafico – which would require the wage bill to be alleviated. This would be facilitated by either the Frenchman’s departure or his renewal.

As L’Équipe reported today, all parties appear open to finding a viable solution – although Barcelona’s position has remained clear that Dembélé has three options -a renewal on their terms, a departure this winter, or be side-lined until the end of the season.

With his contract up in the summer, to stay in Spain Dembelé has reportedly been looking for a €40m per year gross salary, a 5-year contract and a €40m signing bonus. (L’Éq)