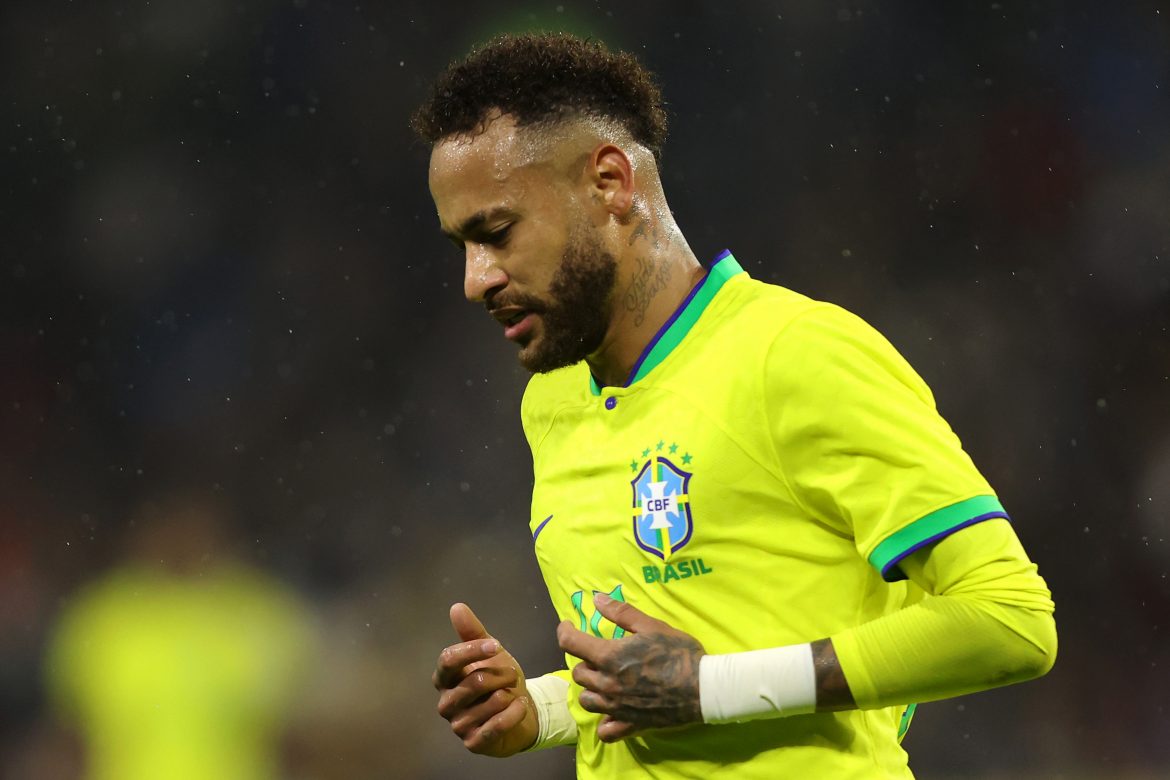 Paris Saint-Germain attacker Neymar notched up the third goal of the night from a penalty kick as Brazil beat Tunisia 5-1 in their last friendly before the World Cup 2022.

In the aftermath of the game, Neymar did the post-match media duties, where he talked about his fitness, which has been a point of concern for the Brazilian so many times in recent years.

As quoted by RMC Sport, he said:

“I am very happy. I am very well physically, both for the club and for the national team. I hope to continue like this for the World Cup. We are becoming a real team.”

The 30-year-old PSG man is closing in on beating Pelé to the all-time goalscoring record for Brazil. From 121 appearances, Neymar has already netted 75 goals are is now three goals shy of breaking Pelé’s record. Admitting that it would be special for him, the former Barcelona forward added:

“Yes it’s special, but no one will ever reach Pelé’s level.”