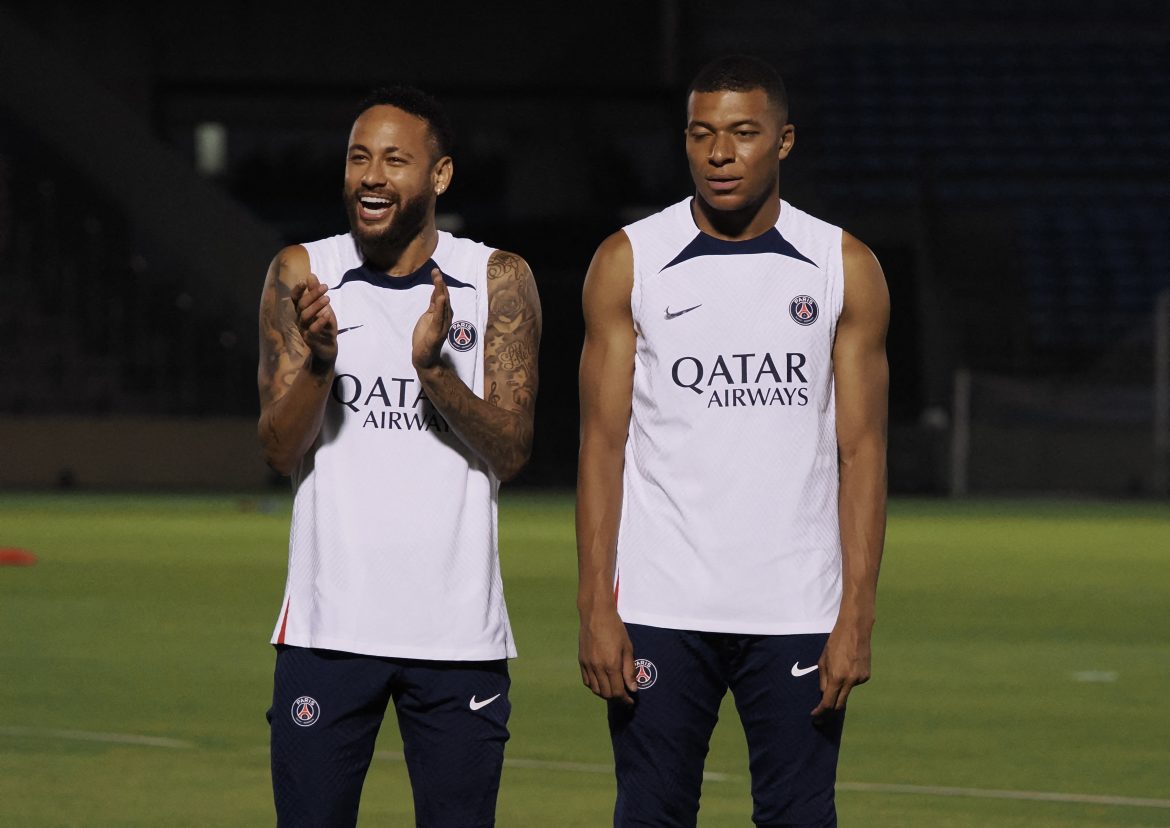 As reported by L’Équipe, PSG attackers Kylian Mbappé and Neymar met after the club’s Champions League win over Juventus this week to discuss an apparent reluctance to pass to each other in certain situations during the game.

PSG won the match 2-1, via standout displays from both players, however, one specific incident infuriated Neymar. As PSG broke on the counter at 2-0, with Mbappé on a hat-trick, via some tenacious midfield work from Vitinha, the Frenchman broke into the penalty area at a tight angle and had the chance to square the ball to Neymar, who was completely unmarked at the far post. Mbappé instead chose to shoot, slicing a poor shot wide.

RMC had reported that the two players spoke amicably after the game but L’Équipe suggest that Neymar remained angry at Mbappé’s decision-making during the game. So much so, that, when asked if he would like to speak to the press after the game, the Brazilian responded: “Are you sure? Really? Because if I talk tonight, it’s going to cause problems!”

Once fast friends, relations between Mbappé and Neymar have been more frosty of late and Mbappé stated their friendship blows ‘hot and cold’ before the game this week.