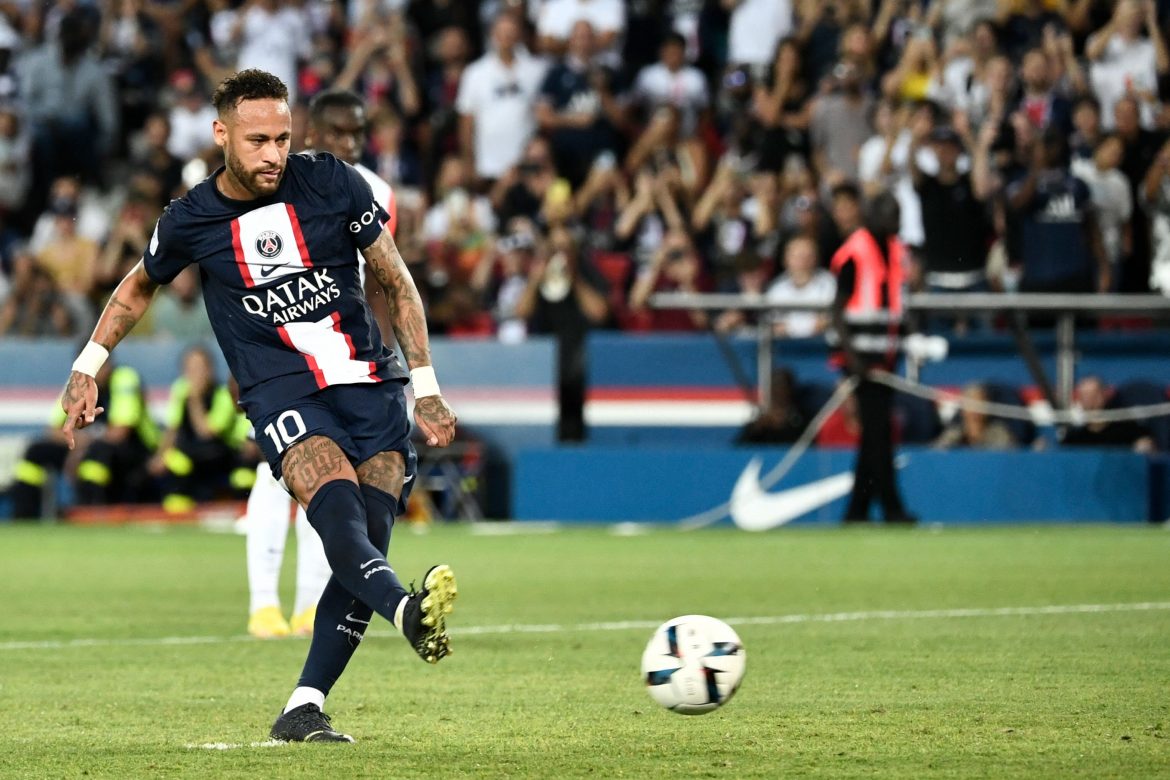 Paris Saint-Germain ran out comfortable winners for their first home match of the season, retaining their place at the top of the table with a 5-2 win over Montpellier.

The match did start in cagey fashion, though, as a combative MHSC side proved a tougher opponent than Clermont last week. Neymar saw a few chances go awry in the first half before Kylian Mbappé’s poor penalty was kept out by Jonas Omlin. The Swiss goalkeeper was again called to action to palm away a curling Lionel Messi free-kick.

The hosts continued to push and eventually opened the scoring thanks to a ball from Mbappé turned in by Falaye Sacko. Neymar then doubled the lead from the spot – taking over duties from Mbappé – just before half-time, deftly sending Omlin the wrong way.

The start of the second half saw a much shakier Omlin on Neymar’s second of the game, although Wahbi Khazri would pull one back after pouncing on a loose parry from Gianluigi Donnarumma. Barring the Tunisian’s goal, though, it became apparent that the visitors were unlikely to get close to goal – a sentiment shown by long-range efforts from both Téji Savanier and Khazri from their own half. The champions then went on to restore their three-goal lead as Kylian Mbappé opened his account for the season – the forward’s return was a mitigated one though, as he nevertheless looked relatively off the pace and failed to link up effectively with Neymar and an equally impressive Lionel Messi.

It was a homecoming night for former PSG captain and youth product Mamadou Sakho, with the defender coming off the bench for Montpellier with 15 minutes ago to a warm welcome from the home fans. The former Liverpool man responded by picking up the ball in his own half and going on a lung-bursting run down the wing, before eventually losing the ball. New signing Renato Sanches then added a fifth on his debut appearance before Enzo Tchato scored the visitors’ second of the evening, making for something of a blot on PSG’s defensive copybook. Up next for Christophe Galtier’s men is a trip to Lille.