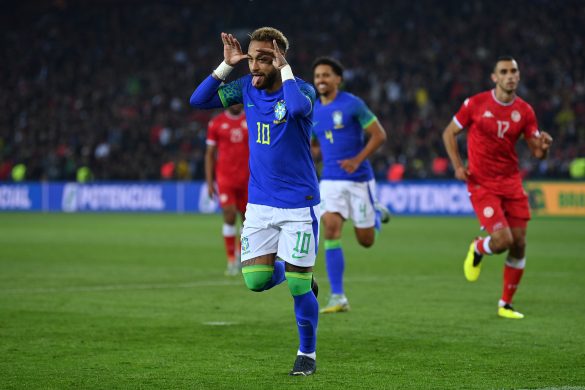 As reported by L’Équipe, FIFA consider that Neymar is now two goals away from Pelé’s goalscoring record of 77 goals after the Brazilian scored his 75th against Tunisia at the Parc des Princes on Tuesday evening. However, the Brazilian federation contest the process of counting the goals, and insist that Pelé’s record is set at 99 goals.

Neymar, who scored from the penalty spot against Tunisia (5-1) in a friendly at the Parc des Princes on Tuesday evening, is slowly but surely closing in on Pele’s record for goals for the Brazilian team, according to FIFA statistics. The Brazilian number 10 is now just two goals behind his illustrious predecessor and should be able to equal it at the World Cup in two months’ time.

However, the Brazilian federation considers that no less than 18 goals are missing from the Pelé’s official total, which does not take into account the goals scored by the national legend against club teams or regional teams: a total not of 77 but of 95 goals, according to the CBF.