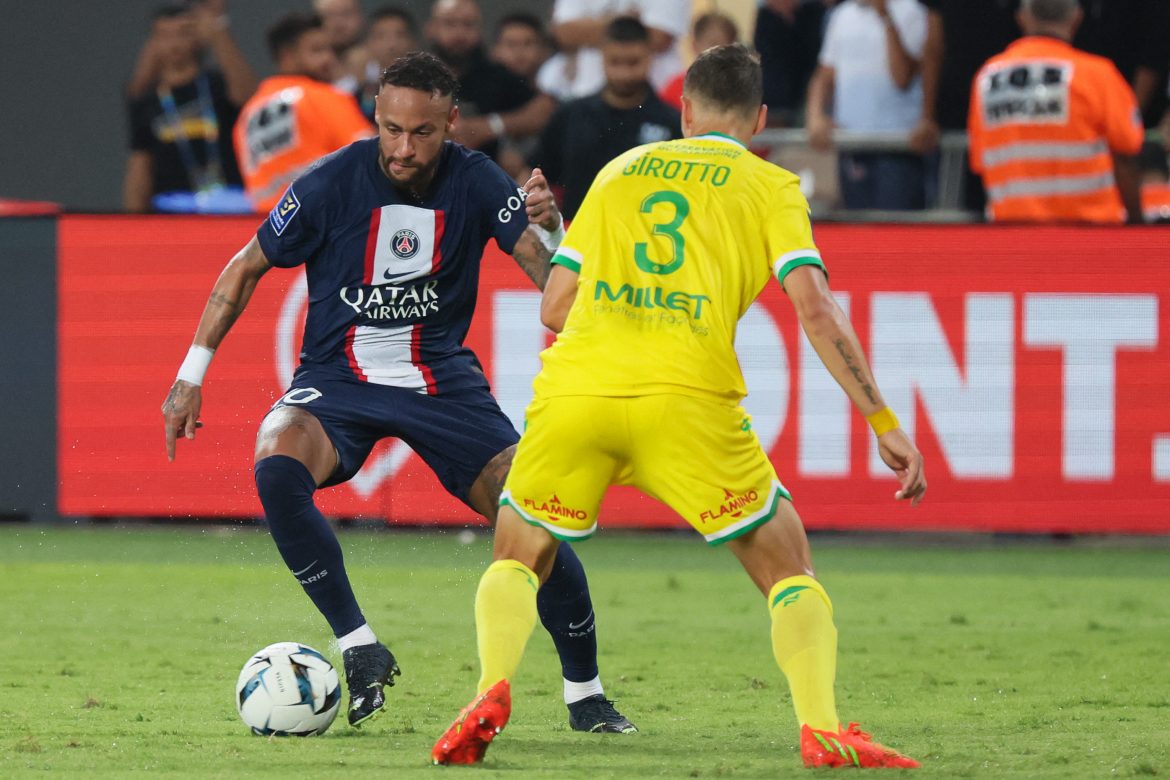 Paris Saint-Germain continued their strong form from their pre-season tour of Japan into Sunday night’s Trophée des Champions clash against Nantes in Tel Aviv, reclaiming the trophy with a resounding 4-0 victory for Christophe Galtier’s first official outing as manager.

The league champions had lost last year’s fixture, held in Israel as well, to then-Ligue 1 title holders Lille, but made no mistake this time round.

Neymar and Lionel Messi led from the front in the absence of Kylian Mbappé, who was serving a suspension. The seven-time Ballon d’Or winner opened the scoring after the Brazilian found him with a threaded through ball, before rounding Alban Lafot and powering it into the net.

Shortly before the break, Neymar doubled the advantage with a sweet free-kick which curled into the top-left corner, and added a second from the spot at the end – making it ten goals and three assists in his last eight competitive games for the club. Sergio Ramos scored a goal of his own with a clever backheel flick after Pablo Sarabia’s initial ball into the middle looked to be going awry.

Alban Lafont made some impressive stops for Antoine Kombouaré’s men while playmaker Ludovic Blas – who is linked with a move to Lille – was also in form, but Les Canaris’ main men were unable to reverse their team’s fortunes.