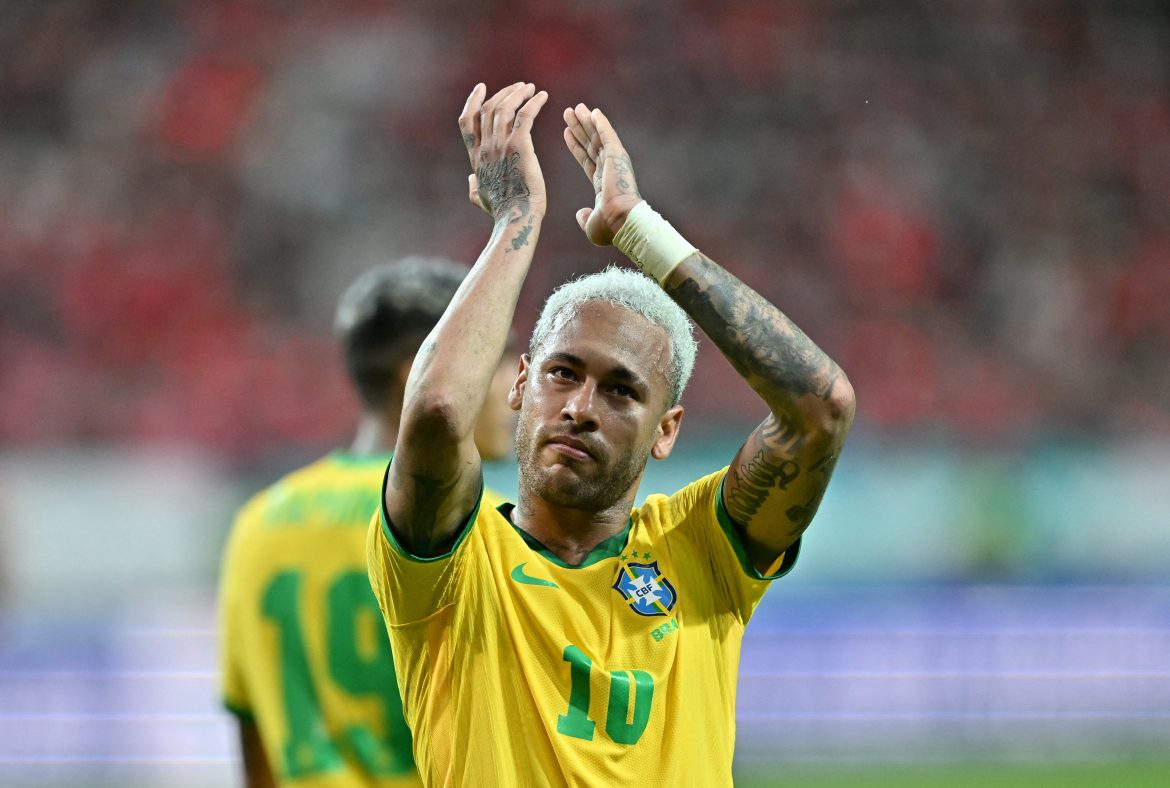 According to L’Équipe Neymar will not be travelling to the 974 stadium to watch his country face-off Switzerland in their second group match – he will instead stay behind at the team hotel where he will watch the game whilst still recovering from his twisted ankle injury during Brazil’s win over Serbia last week.

Brazil’s squad have left without Neymar, who will stay behind at the team hotel, whilst Danilo will travel with the team to the stadium for the match. Manager Tite hopes that Neymar will be back in tine for a potential knockout phase clash.

As reported on Friday, Neymar underwent an ultrasound scan which revealed the Brazilian had twisted his ankle – and has been continuing a recovery programme with physiotherapists over the weekend. He left the pitch on the 80th minute during Brazil’s win over Serbia (2-0) in tears, thinking that his World Cup could be over – yet the signs are still hopeful for the player.