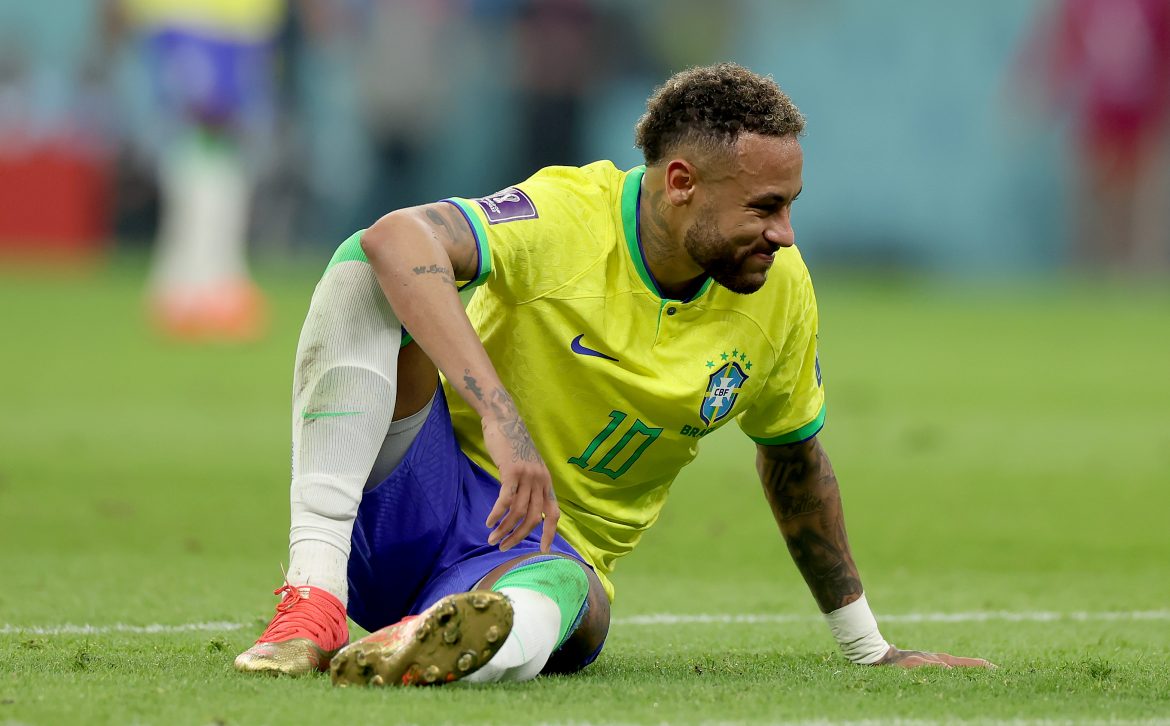 According to L’Équipe Brazil’s Neymar Jr has not yet left his side’s hotel since his ankle injury whilst his recovery continues – he has not been travelling with the rest of the Seleçao to the Grand Hamad Stadium, where the rest of squad is currently preparing, training for tomorrow’s final group clash with Cameroon.  However, Alex Sandro and Danilo have been able to travel to training sessions, albeit not on the pitch, with the rest of the squad.

Brazil’s number 10 is still working on his ankle injury, and on Wednesday had a session in the pool. Reports suggest that His external ligament is not a problem but the player still feels bone pain when pressure is put on the foot because of swelling. There is still hope that the Paris Saint-Germain star will return on Monday for the round of 16, but he would be included on the bench with staff not willing to risk the player for longer minutes.