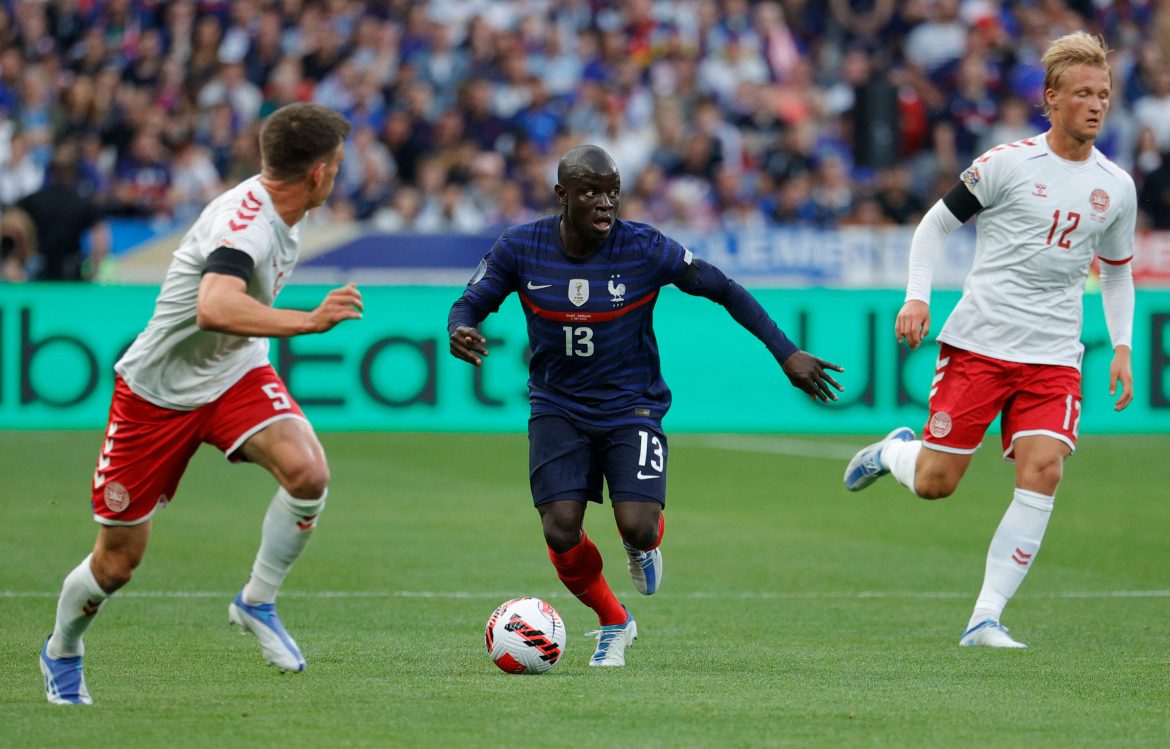 The French national team have announced this afternoon that midfielder N’Golo Kanté has left the camp due to a knee injury, missing Les Bleus’ final Nations League game of the month against Croatia on Monday.

The Chelsea man will have appeared in just the one game in the international break, starting in the 2-1 loss to Denmark at the Stade de France before missing out on the draws in Croatia and Austria.

The 31-year-old had also sustained a knee issue earlier this season which kept him out for three weeks, as well as a groin problem at the start of the campaign and two separate bouts of Covid-19. Overall, he has made made 42 appearances in all competitions this season.

Kanté is just one of a host of France players struggling with fitness in this international break after a long season, with Kylian Mbappé having also picked up a knee issue against Denmark, and although he returned to score the equaliser in Vienna he admitted that he was not at his full capacity.

Defender Lucas Hernandez will also be absent from the match at the Stade de France, as he is set to leave tonight to join his partner, who is due to give birth.