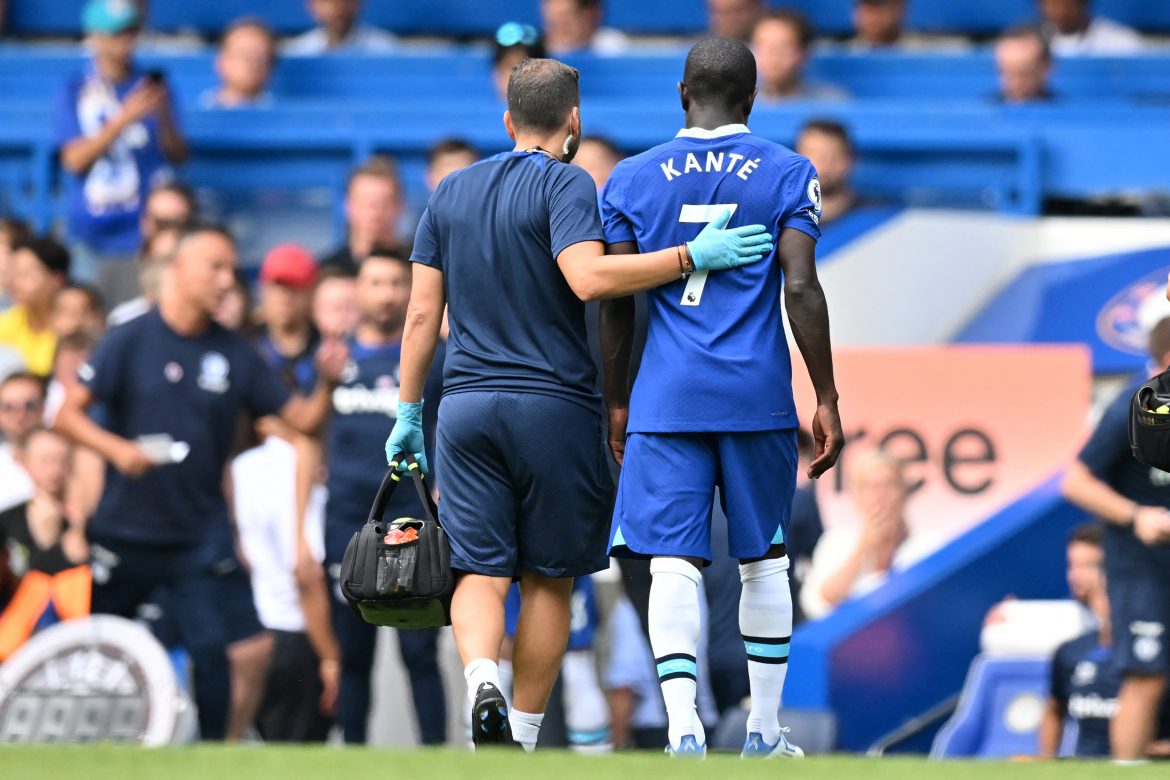 According to L’Équipe Chelsea midfielder N’Golo Kanté is set to be on the sidelines for at least a month, as the Frenchman is to undergo an MRI scan on Tuesday after injuring his right hamstring against Tottenham at the weekend. It seems unlikely that Kanté will be involved in Didier Deschamps’s France squad to face Austria and Denmark, which will be announced on the 15th September – as they prepare for November’s World Cup in Qatar.

N’Golo Kanté  left Les Bleus’ camp due to a knee injury in June, missing the final Nations League game of the month against Croatia. The Chelsea man appeared in just the one game in the international break, starting in the 2-1 loss to Denmark at the Stade de France before missing out on the draws in Croatia and Austria.

The 31-year-old had also sustained a knee issue earlier this season which kept him out for three weeks, as well as a groin problem at the start of the campaign and two separate bouts of Covid-19. Overall, he made made 42 appearances in all competitions last season – and started both of Chelsea’s first two fixtures this season against Everton and Tottenham.