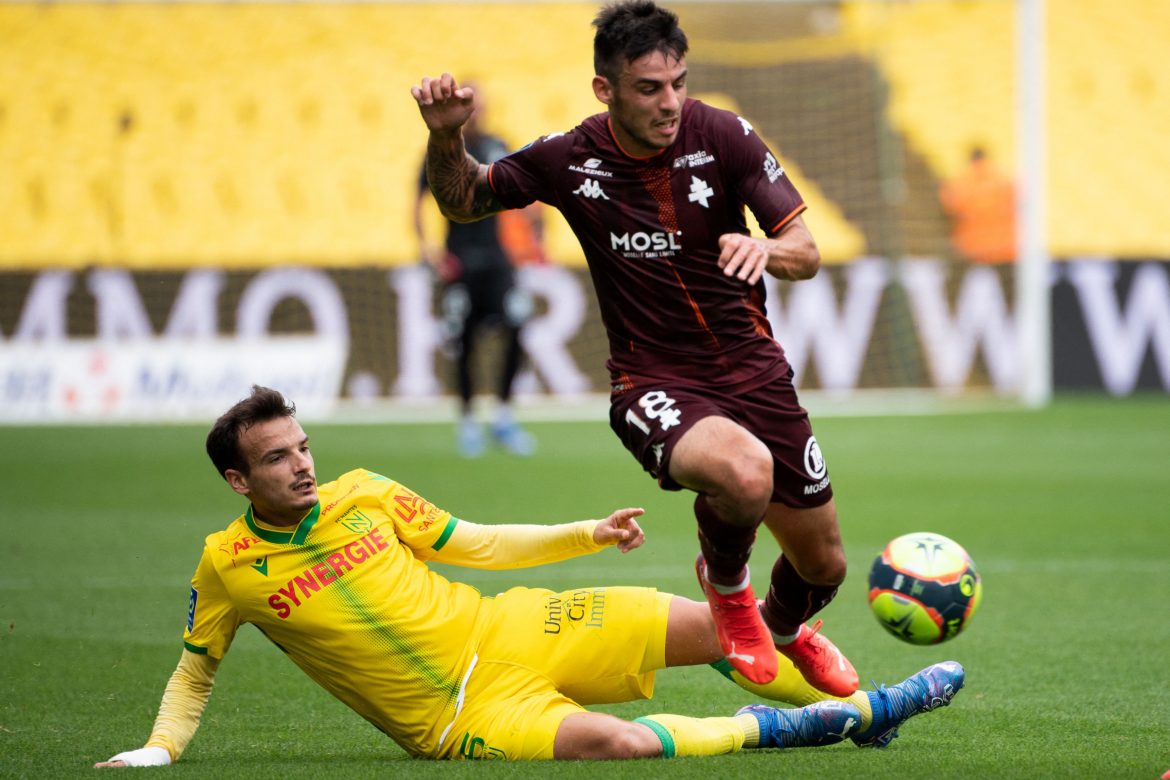 Santi Aouna of Foot Mercato reports this afternoon that both Nice and Rennes have enquired over the availability of Metz full-back Fabien Centonze for a summer transfer.

Les Grenats, who were relegated from Ligue 1 after a 19th-place finish last season, have set their asking price for the 26-year-old at €3m. He has been with the Lorraine side since 2019, having previously turned out for his formative club Évian, as well as Clermont and Lens in Ligue 2.

The Brittany side are expecting to lose Hamari Traoré this summer and are in the market for a replacement, while Nice could well see Youcef Atal depart this summer having only played in a third of the campaign.

Centonze is also the subject of interest from abroad, with Schalke 04 looking to sign him as well. The Bundesliga side have gone as far as approaching the right-back’s representatives.

A muscle injury sustained at the start of the year has meant that the Frenchman was unable to do anything about his side’s demotion to Ligue 2, despite having impressed in the first half of the season with 4 goals and an assist over 16 matches.