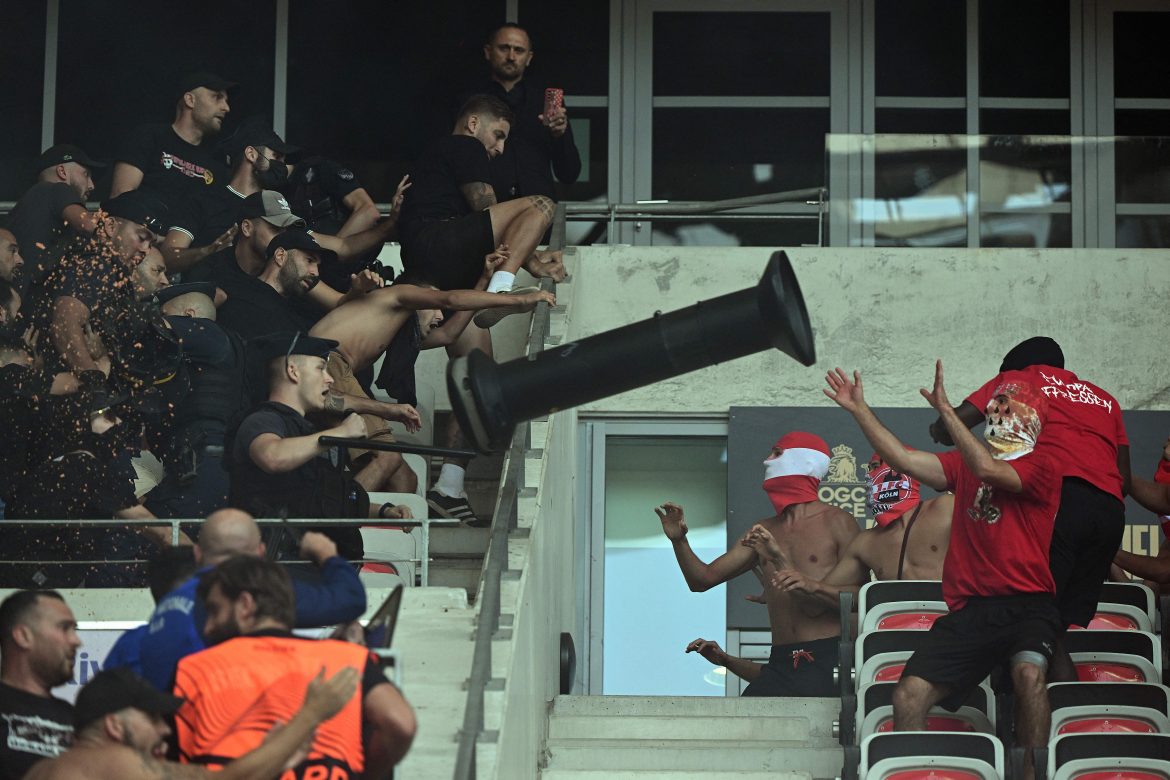 As reported by RMC Sport, Nice fans have been banned from travelling to Corsica ahead of their match tomorrow against Ajaccio, in the wake of the incidents in the stands that marred the build-up to their Conference League match against Köln on Thursday.

The local police authority has indicated that the decision was taken due to the “numerous consecutive [instances] of trouble to the public order of violent behaviour from certain supporters of both clubs in the last few seasons”, as well as the “historic rivalry between the two clubs”.

Supporters clashed in the stands in the build-up to the midweek European clash, after a day which was fraught with tension as the German delegation very much made their presence now in the Nice city centre.

Nice were docked a point last season over crowd incidents in their home match against Marseille at the start of the campaign, and were sentenced to play three matches behind closed doors.