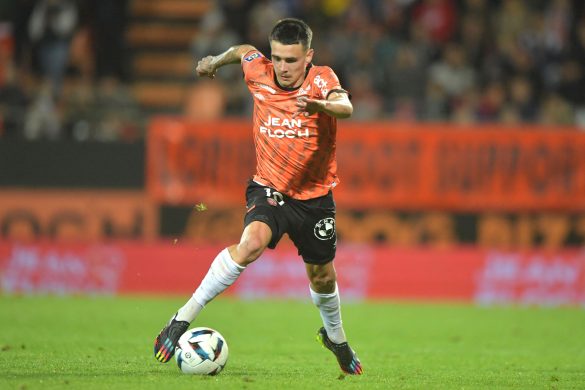 Le10sport are reporting that OGC Nice are keen on Lorient attacking midfielder Enzo Le Fée (22), who has enjoyed a brilliant start to the season with Les Merlus and hasn’t ruled out extending at his current club.

After their surprising start to the season, Lorient are hoping to convince the France youth international that his future remains at the club. His current deal runs until 2024, but they are hoping to extend that, whilst the player himself has recently stated that he is waiting for an offer from Lorient.

However, there are other clubs interested. As reported by Le10sport, Le Fée has recently entrusted his interests to a German organisation, naturally giving rise to interest from numerous German clubs. But it is Nice who are the most interested in the player. Internally, Fabrice Bocquet, who recently left Lorient to become the CEO at Nice, is pushing for his arrival. Bocquet knows Le Fée and his entourage well. It is unclear whether Le Fée is a January target, or whether Les Aiglons are intent on bringing him in during the summer window.