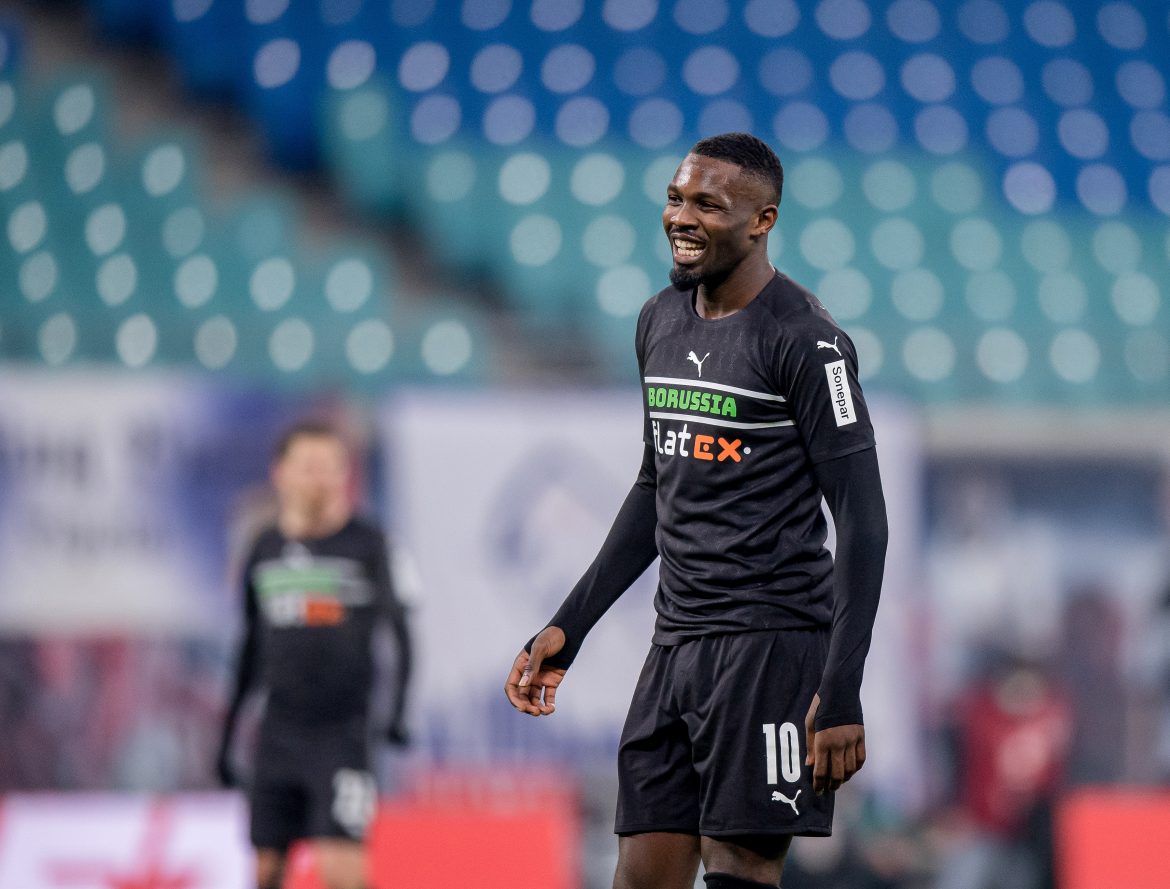 L’Équipe report this afternoon that despite recent approaches from Paris Saint-Germain, Khéphren Thuram is expected to stay at Nice, who are also looking to bring in his brother Marcus from Borussia Mönchengladbach.

Christophe Galtier was keen on bringing with him to Paris the young midfielder, who impressed last season over the course of his 41 appearances, in which he scored 4 goals and set up another three.

His father Lilian, who has played a part in managing his career, is convinced that his youngest son has what it takes to continue developing at Nice this season, despite the temptation of playing with some of the best in the world.

New manager Lucien Favre has insisted that Thuram would be remaining with Les Aiglons. The Swiss manager, along with the club management, would also like to bring in his older brother Marcus.

The French international has had a difficult season plagued with injuries after being called up for last year’s Euros, but the club had already approved a move for the former Guingamp man even before Favre’s arrival. The idea of reuniting the two brothers is one that the Thuram family are interested in. Nice are already in talks with the Bundesliga side over the signing of goalkeeper Yann Sommer.