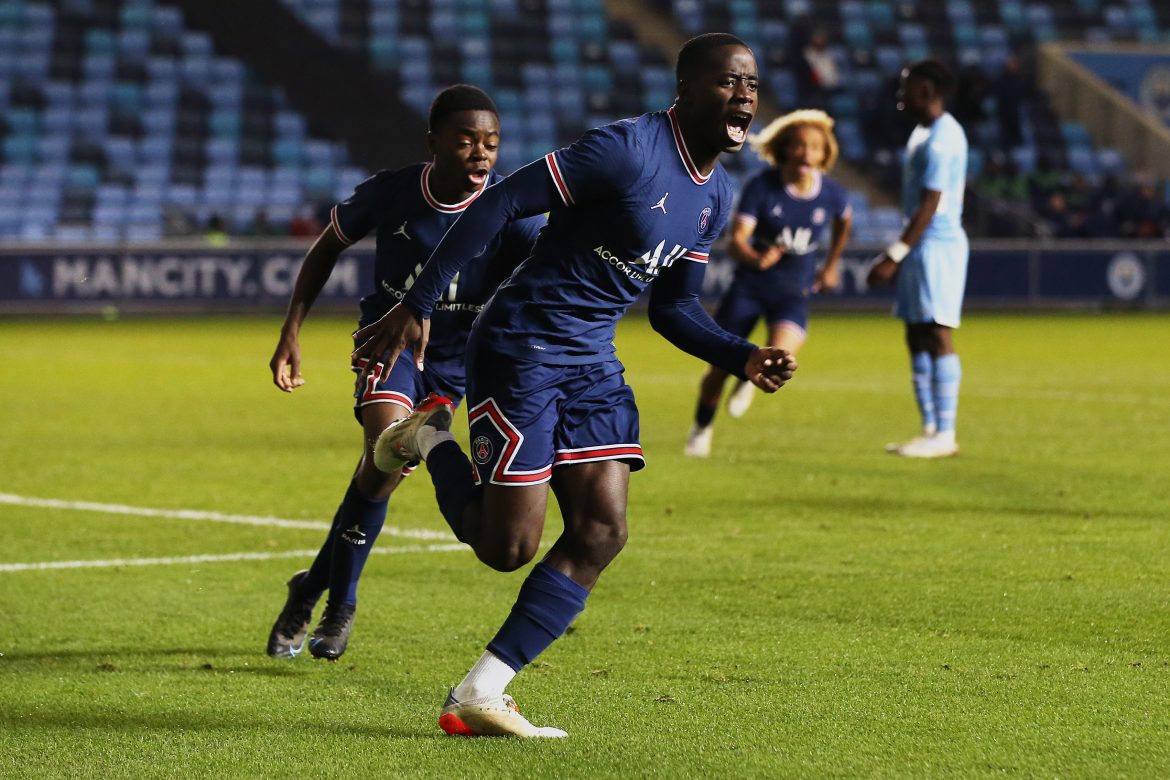 Foot Mercato are reporting that OGC Nice are “pushing very hard” to sign PSG youth product Djeidi Gassama (18), who is obliged to make a decision on his future this summer with only one-year remaining on his current deal.

Gassama has shone in the Youth League with Paris in particular, scoring five goals in eight appearances, but as his contract expires in summer 2023, he is left with two choices: extend with the Ligue 1 champions or leave on a permanent transfer.

The forward, who can play all along the attacking line, and who has made one Ligue 1 appearance for the professional side has garnered interest from many sides.

However, Foot Mercato are reporting that one side are pushing more than the others – OGC Nice. The Riviera side are interested in bringing Gassama to the club on a permanent deal. The news comes at a time when it is reported by L’Équipe that Christophe Galtier’s move from Nice to PSG could lead to several “young players” heading in the opposite direction.