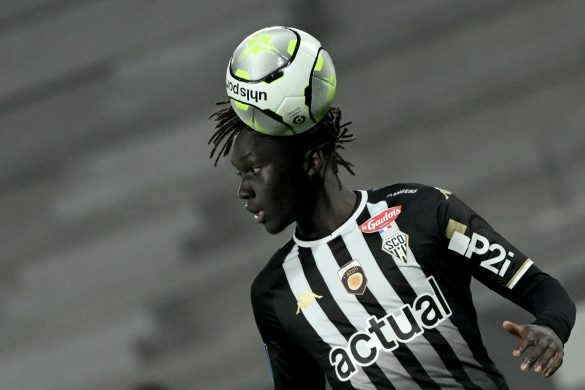 Sébastien Denis is reporting that OGC Nice are interested in Angers midfielder Batista Mendy (22), who impressed during his first season in Ligue 1.

Nice have had a quiet transfer window thus far. The Riviera club have been linked with a variety of players, and were reportedly close to replacing Walter Benitez (29) with Yann Sommer (33), before a renewal offer from Borussia Mönchengladbach seemingly dissuaded the Swiss goalkeeper from leaving.

Their window was also disrupted by the departure of sporting director Julien Fournier towards the beginning of the window. Given that the club will be competing in European competition next season, there is a need to strengthen. That need has been vocalised by new manager Lucien Favre, who is yet to see a first-team recruit added to his squad.

In need of reinforcements, Nice are targeting versatile midfielder Mendy, according to Denis. The former France U19 international can play in defensive midfield, but is also capable of filling in at centre-back. The player was also of interest to RC Lens at the beginning of the window, though that interest was never acted upon. However, Mendy could still depart Angers this summer as he “could be seduced by the Niçois project.”