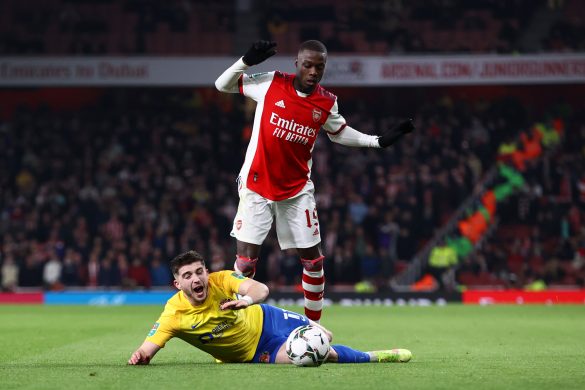 Foot Mercato report this afternoon that Nice interested in bringing in Arsenal winger Nicolas Pépé on a loan deal, with the Ivorian international himself open to the move.

Initial talks have taken place with the former Lille man’s agent – who is open to offers given that his client appears set for a bench role in North London this season, with Bukayo Saka ahead of him in the pecking order – while the Gunners themselves are open to letting Pépé leave on loan.

The Nice management, led by INEOS’ Dave Brailsford, are said to want to bring in a marquee forward signing – Edinson Cavani has also been linked – and Pépé has yet to appear for Arsenal this campaign.

Since his €80m move from Les Dogues in 2019, the forward has yet to live up to his transfer fee despite an encouraging second season that saw him find the back of the net 16 times in all competitions. Last year, he scored once in 20 league appearances, a far cry from the 27-year-old’s  22-goal campaign in his final season in the north of France, the best in the league behind Kylian Mbappé.