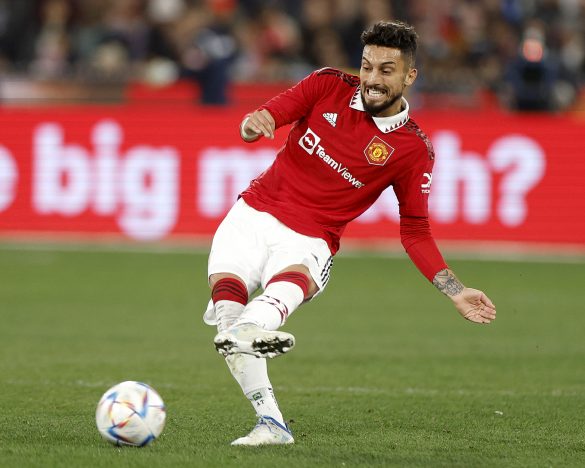 OGC Nice are considering a move for Manchester United’s Alex Telles (29), who is looking to secure first-team football ahead of this year’s World Cup, according to Nice-Matin.

Telles is in need of regular game time as he looks to secure a spot in Brazil’s World Cup squad, and a loan move is, therefore, an option. Nice are an option for Telles, who are looking to bring in competition for Melvin Bard (21). According to, Nice-Matin, Telles is “well and truly an option being considered by the Nice hierarchy.”

Since arriving from Porto for €15m in 2020, he has made 50 appearances, scoring just once and registering eight assists. Brought in to provide competition to Shaw, Telles has struggled to displace the England international.