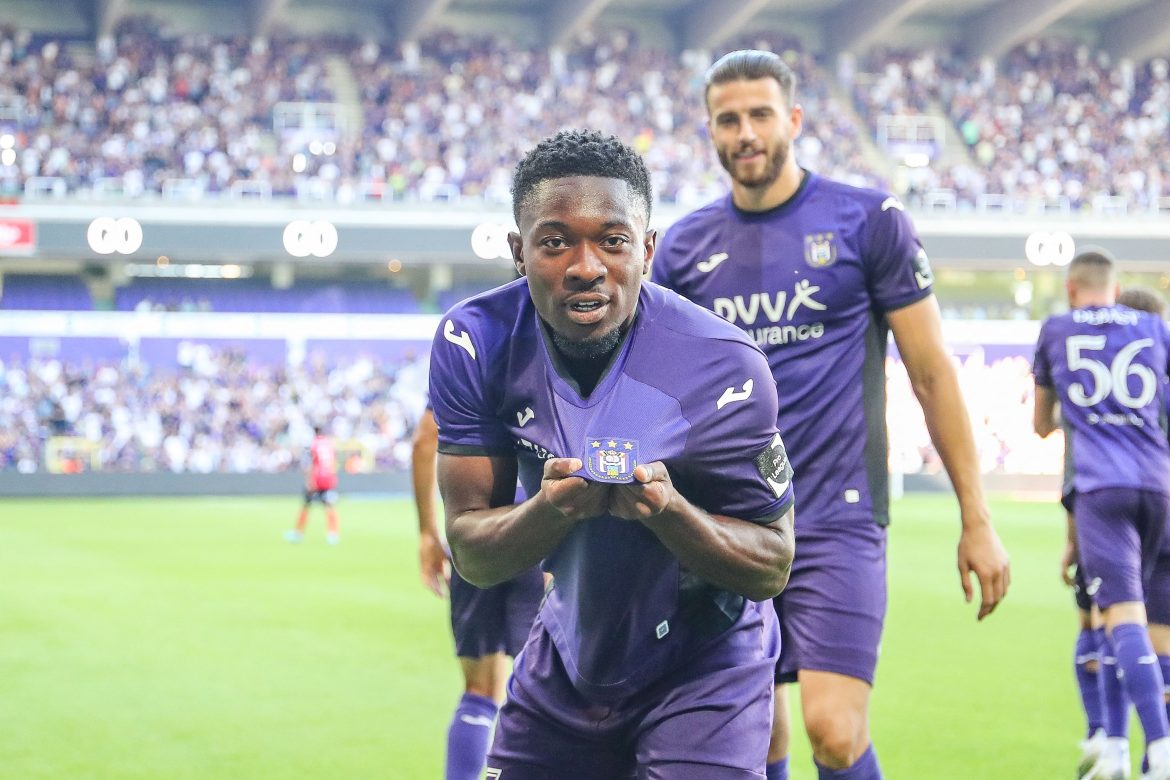 Francis Amuzu (22) looked all set to join OGC Nice, but according to Nice-Matin, the deal is now on the ropes as Anderlecht no longer need to sell the player due to Sergio Gómez’s (21) impending €15m transfer to Manchester City.

On Wednesday, it was reported by Nice-Matin that the deal to bring Belgian winger Amuzu to Nice was all but completed and that the player was expected to undergo his medical with the club “in the coming hours.”

However, the situation has now dramatically changed. Anderlecht are no longer under any obligation to sell and their coach, Felice Mazzu, is keen for the player to stay.

Amuzu started in Anderlecht’s Europa Conference League tie on Thursday and post-match, Mazzu said, “I clearly want to convince him to stay one more year. I have already spoken to him about it.”

Whilst Nice are unwilling to up their bid for the player (estimated €10m fee), the Riviera club haven’t given up on the deal and the lines of communication between the clubs has not yet been broken.