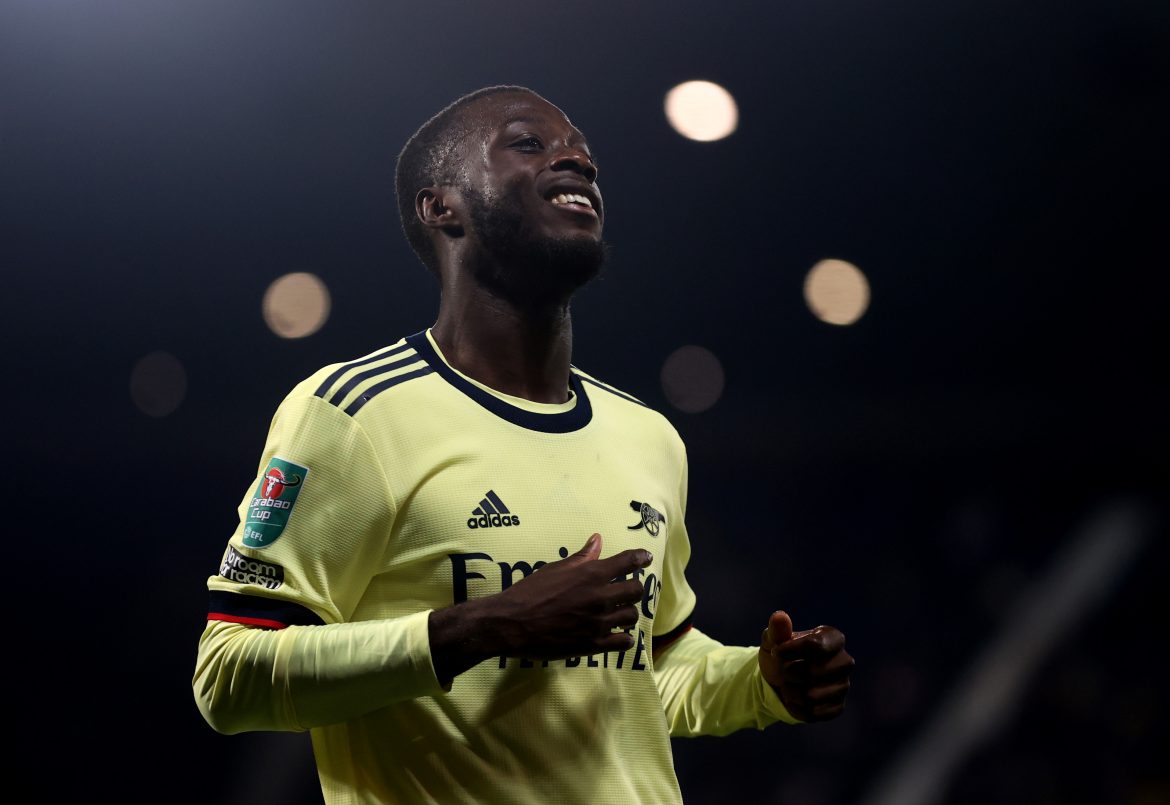 Foot Mercato’s Santi Aouna reports this morning that Luis Ferrer, the agent of Nicolas Pépé, arrived in Nice yesterday accompanied by the player’s father, ahead of a potential move from Arsenal.

Talks are still ongoing for the Ivorian forward’s prospective season-long loan, with no option to buy included in the deal. As previously reported by FM, the former Lille man himself is open to a move, having seen his place in the Arsenal starting line-up now taken for good by Bukayo Saka.

Pépé has yet to appear for the Gunners this season after a disappointing campaign last time out, despite managing 16 goals the year before that. Arsenal themselves are also keen on the move, with the 27-year-old’s €80m move from Les Dogues three years ago – on the back of his 22-goal season in Ligue 1 – proving somewhat unsuccessful.

Aouna adds that as well as Pépé’s agent, the half-brother and representative of Edinson Cavani, Walter Guglielmone, was also in town – at the same hotel, the Negresco – as Les Aiglons also look to sign the Uruguayan free agent.