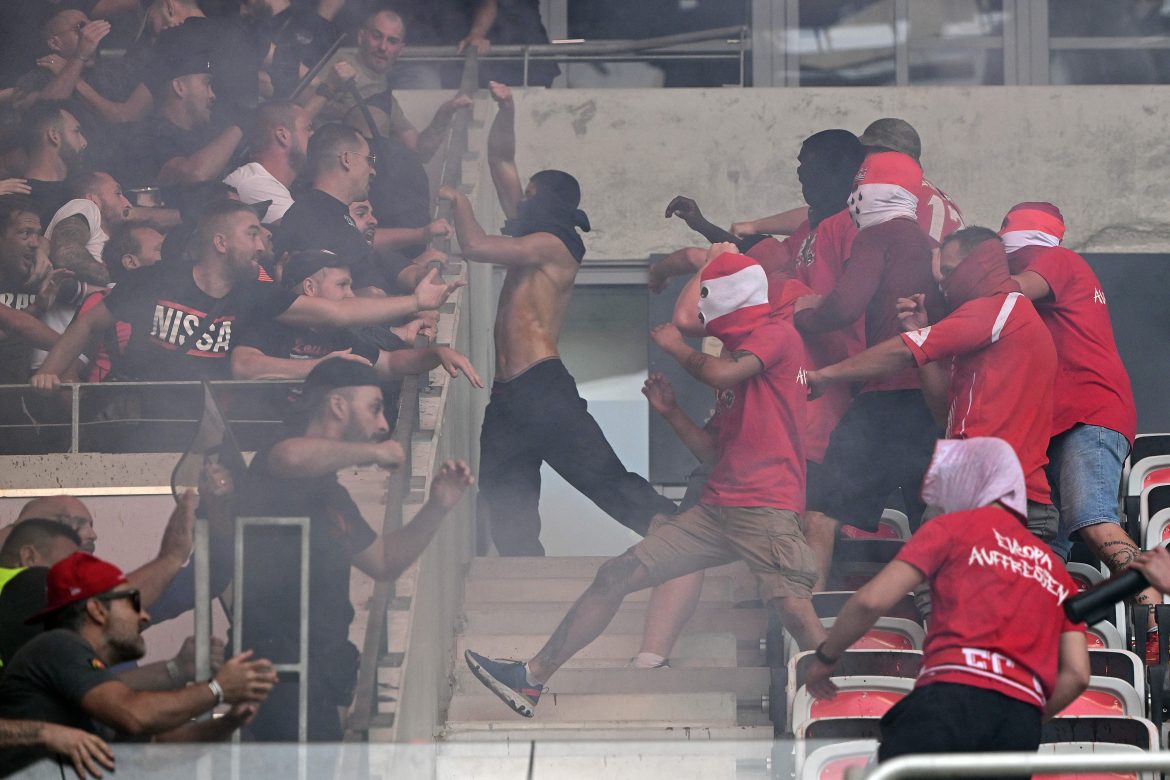 According to RMC Sport no arrests have been made following violent scenes at the Allianz Riveria between fans of OGC Nice and Köln which caused a delay to kick-off ahead of their first fixture in the Europa Conference League group stage.

“There were no arrests, but investigations will be carried out, including an analysis of the video to identify the supporters responsible.” said public prosecutor Xavier Bonhomme.

The kick-off of Nice’s Europa Conference League opener against Köln was delayed until 19:40 after the game was initially supposed to start at 18:45.

Pre-match, Köln fans left their section behind the goal to confront the Nice Ultras, who were located at the opposite end of the stadium. Missiles and flares were launched toward the home supporters, which incited a response from the Nice fans, who made their way around the stadium to confront the away section.

Earlier in the day, Köln fans gathered in Nice’s central square, Place Masséna. Whilst there were no reported confrontations during this reunion of German fans, Nice’s store, which is located in the square, was vandalised.

Getting to the stadium is no easy task in itself. The Allianz Riviera is located on the outskirts of the city and is only accessible by tram or car. Understandably, many of the away fans opt for the former option. Extra trams were not scheduled to cope with the reported 8,000 Köln fans who have made the trip for the clash, making for a difficult, and for many, lengthy journey to the stadium.

The confrontation, instigated by the Köln fans, forced their captain Jonas Hector to make his way out onto the pitch and plead for calm, telling them to get behind the team to help them win the match.

There was a large delay between the postponement and the new kick-off time, during which time RMC reported that the match was going to be called off. However, the match will go ahead at the new time of 19:40. A tannoy announcement said that any further incident would lead to the postponement of the fixture.