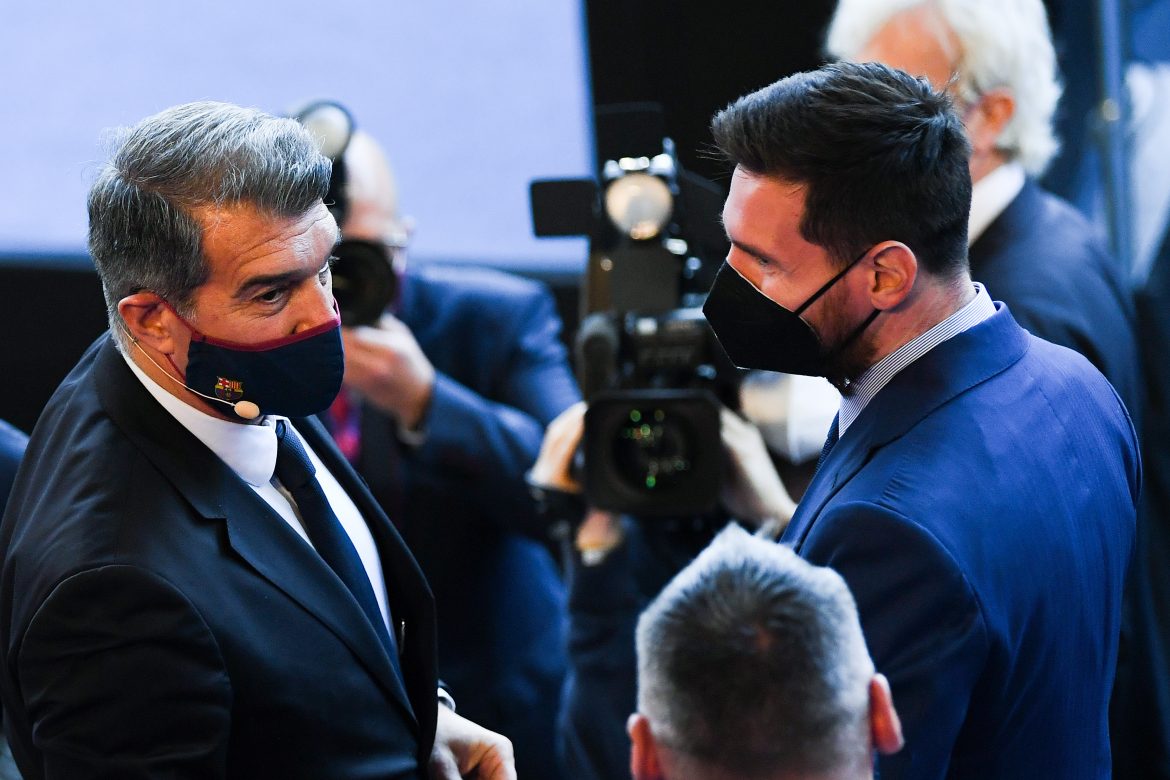 L’Équipe journalist Loïc Tanzi reports this morning that there has not been any contact between the entourage of Lionel Messi and Barcelona president Joan Laporta, despite the latter openly speaking of a potential return for the Paris Saint-Germain man next summer.

His colleague Florent Torchut reiterates that no approach has taken place since Messi left, and that as it stands the Paris Saint-Germain forward is not returning to Catalonia at the end of the season.

Messi has started his second campaign with the league champions in style, scoring a double against Clermont on the opening day of the season which included an impressive overhead kick late in the game.

The 35-year-old blew hot and cold in his first season in France, scoring six in the league but putting in some thrilling performances in the Champions League group stages, in which he scored five.

His current deal with the club expires next summer, but PSG are keen to tie him down to a new deal that would keep him in the French capital an extra season.