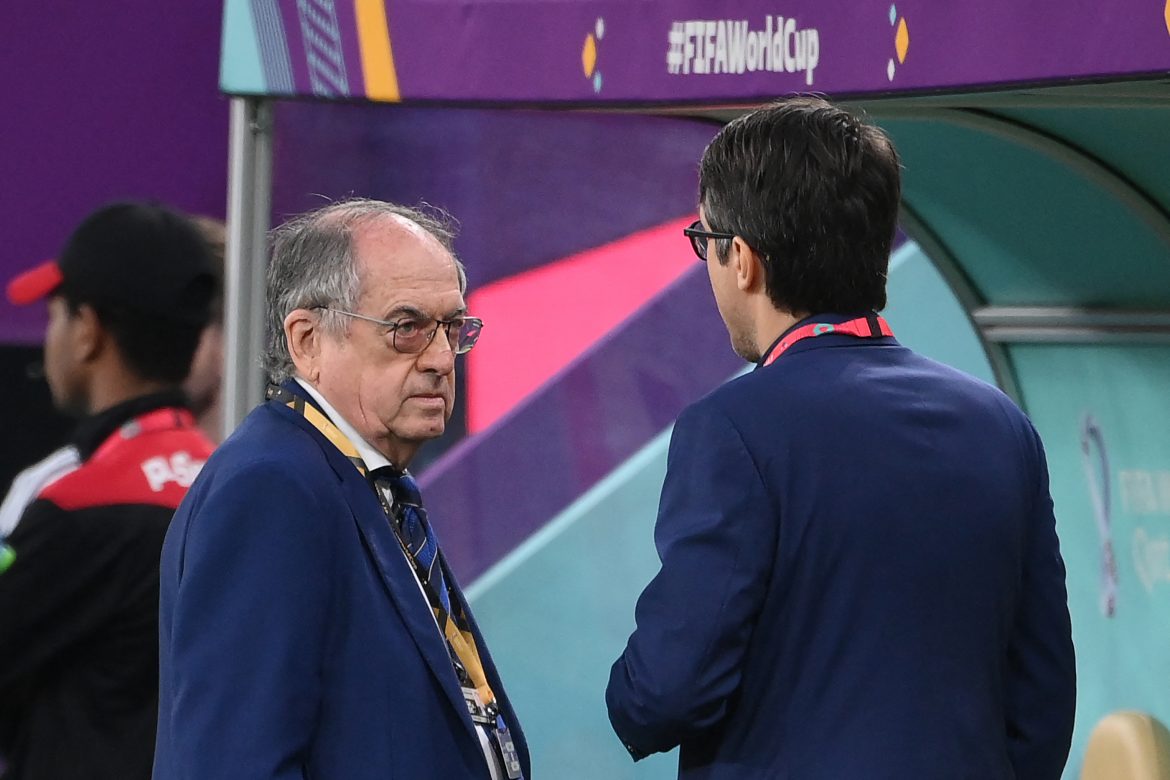 In his interview with Le Figaro in today’s paper, FFF president Noël Le Graët is notably asked about the controversy surrounding the “One Love” rainbow armband and FIFA’s move to stop European captains from wearing it at the World Cup in Qatar.

Although Les Bleus sported the armband in their September internationals – vice-captain Raphaël Varane in Hugo Lloris’ absence – along with the other countries taking part in the UEFA initiative, they have not worn it at the World Cup.

In the build-up to the event, Le Graët had indicated that he would have preferred that Lloris did not wear it in the Gulf state. This sentiment was echoed by the Tottenham Hotspur goalkeeper himself a few days later, with France’s all-time top appearance-maker indicating he wanted to keep his personal opinion out of the matter.

In light of Qatar’s oppressive laws against its LGBT+ population and mistreatment of migrant workers, Les Bleus have nevertheless pledged to support human rights NGOs, in what has been the team’s only notable statement on the matter so far.

The head of the French FA was also taken to task over the issue in light of a letter sent out to French amateur clubs, revealed by RMC, in which he asked them to wear the armband.

“I want things to be clear: When I’m with FIFA, I’m with FIFA. I was one of the leaders in preventing this armband. Three or four countries, all from Western Europe, wanted it. In fact, most of them have been knocked out… It’s not hypocrisy [regarding FFF letter], people can do what they want, we’re not forcing anyone, certain amateur clubs were asking for it.”