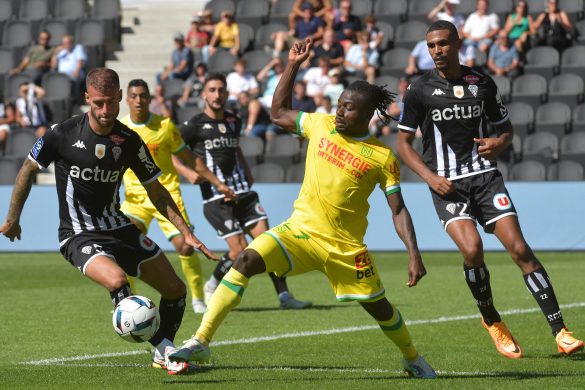 According to Foot Mercato, Nottingham Forest have found a financial agreement with attacker Moses Simon (27), with current club Nantes expecting an imminent offer for the Nigerian international. Simon belongs to the same agency as recent fellow countryman Emmanuel Dennis, who is also set to sign for the newly promoted Premier League side.

Forest are in talks to sign the Nigerian international, who has 53 caps and seven goals for his national side – who’s current deal runs until 2024. Simon has been the subject of transfer speculation all summer long, with Premier League sides such as Brighton, Leeds, and now Nottingham Forest have been linked with the player with OGC Nice reportedly agreeing personal terms with the player, with Nantes rejected bids from all the parties apart from Forest – who are yet to make an official offer for the player.

The former Levante man joined Nantes in 2020 from Levante after a year on loan at the club in 2019. Since then the versatile winger and second striker has scored 21 goals and made 22 assists in 102 matches for the Ligue 1 side. Last season Simon helped the side win the Coupe de France and secure a ninth place finish in France’s top tier.