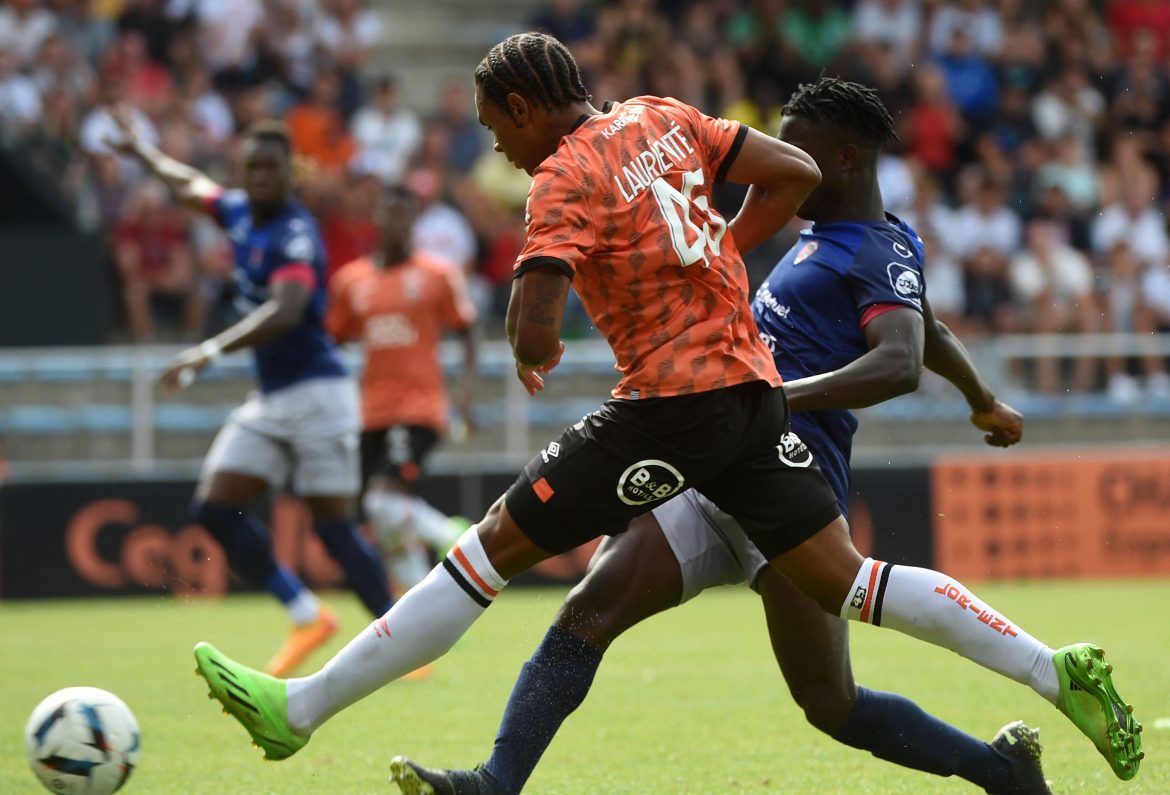 According to an official announcement by the club, FC Lorient striker Armand Laureinté has joined Serie A side Sassuolo in a €12m move and signs on a 5-year deal. The club said the following in the statement:

“FC Lorient would like to thank Armand for his kindness, his professionalism and his investment during these three years in Morbihan and wishes him every success in Italy.”

According to Fabrice Hawkins, Lorient forward Armand Laurienté (23) was set to leave the Breton side and join Serie A’s Sassuolo in a €12m (bonuses included) deal – the player is to sign a 5 year contract with the Italian side.

Foot Mercato reported last week that Serie A side Sassuolo were close to completing the signing of the Lorient winger.

Laurienté was a mainstay in a Lorient side that avoided relegation last season. He made 35 Ligue 1 appearances for the Breton club, scoring six times and registering two assists. He has already opened his campaign this season with a sumptuous freekick during a 2-2 draw against Toulouse.