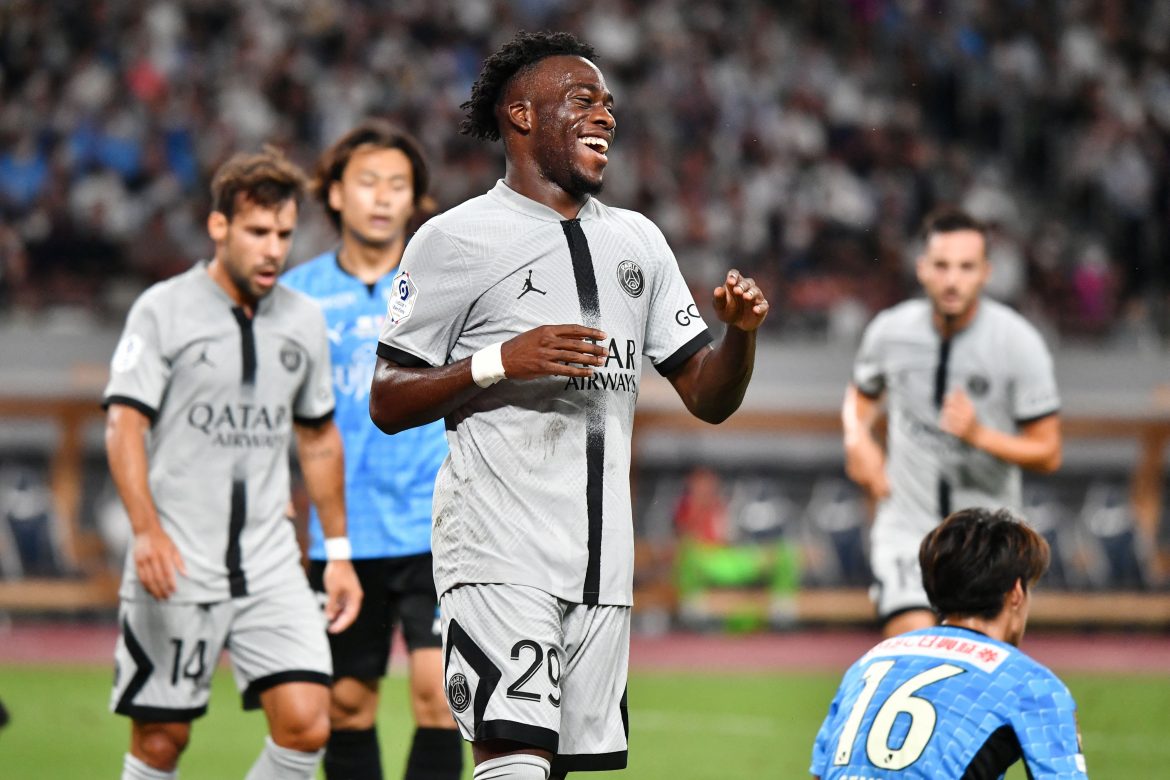 Arnaud Kalimuendo (20) has joined Stade Rennais from PSG. The French youth international has signed a five-year deal at the Breton club. He joins for an undisclosed fee, although L’Équipe have previously reported the fee to be €25m.

Despite impressing whilst on loan at RC Lens last season, the arrival of Hugo Ekitike (20) at PSG saw him fall further down the pecking order, and the club are still targeting the arrival of another striker. Manchester United’s Marcus Rashford (24) is the latest to be linked with a move to the Parc des Princes.

At Rennes, he will bolster an already fearsome forward line, which consists of Martin Terrier (25), Gaëtan Laborde (28), Jérémy Doku (20) and Lovro Majer (24).

Prior to joining Rennes, Kalimuendo had been heavily linked with a move to Leeds United. Speaking in a press release from the club, Rennes’ technical director Florian Maurice said, “He has chosen Rennes, and he has shown a lot of determination to come here. On our side, we wanted to strengthen our attack even if it already showed a lot of great things last season. It was important to bring in an extra player to protect ourselves from all of the eventualities that could come about before the end of the transfer window.”

He continued, “There was an opportunity (to sign Kalimuendo) and we’re happy that he’s here… With over 20 goals in two seasons in Ligue 1, he has proven that he can be decisive. It’s a good signing for Stade Rennais.”