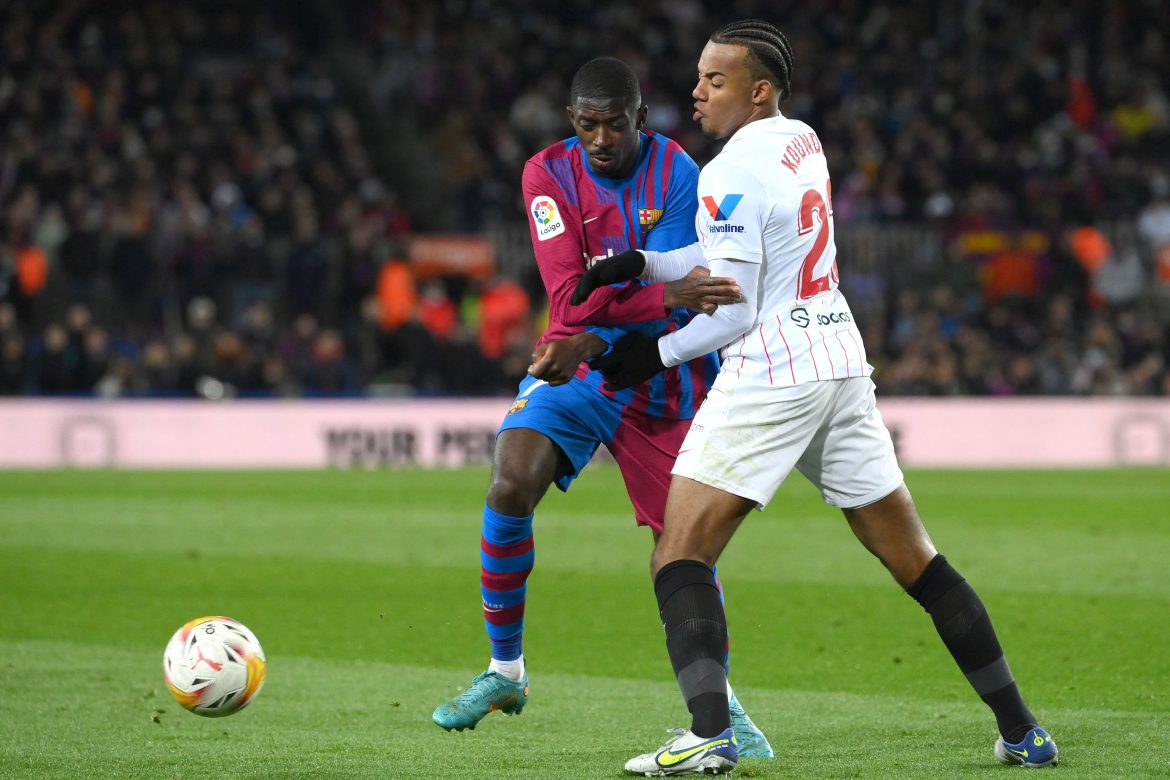 Barcelona have tonight announced that an agreement in principle has been reached with Sevilla for the signing of French international defender Jules Koundé on a permanent deal.

The transfer is now subject to the former Bordeaux man passing his medical and the paperwork being signed. The Catalans have beaten out Chelsea to the signing, with the London club having been in the running, while Manchester City were also interested according to L’Équipe.

L’Équipe also report that the base fee in the transfer will be €50m, along with €5m in bonuses. The French international will sign a five-year contract with the La Liga side.

The 23-year-old leaves Sevilla after a three-year spell in which he has emerged as one of Europe’s most promising young defenders, making 133 appearances in total and winning the Europa League in his first season.

His formative club Bordeaux will also receive an €8m pay-out from the move thanks to a sell-on clause, an undoubtedly welcome financial relief in the wake of their difficulties of late which almost saw the club disappear from professional football entirely.