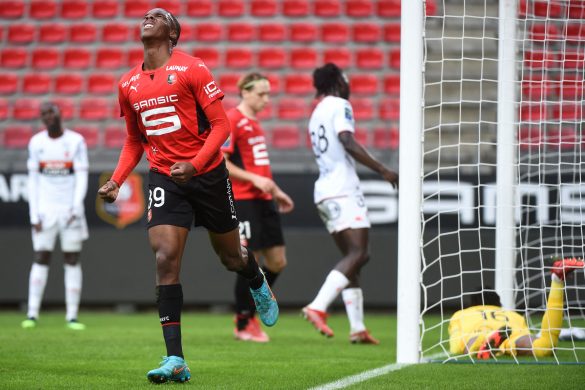 Bayern Munich have this afternoon announced the signing of young striker Mathys Tel from Rennes, with the 17-year-old having successfully passed his medical and put pen to paper on what is reported to be a five-year contract.

The transfer fee will amount to around €28m with bonuses included – which almost matches Eduardo Camavinga’s move to Real Madrid from the same club last year – although Foot Mercato have indicated that this could be as high as €40m.

Tel leaves his formative club, where he has been for the last five years, after just seven appearances for the first team, although his goalscoring rate impressed for the youth teams.

The Bundesliga champions were eventually able to find a breakthrough in talks with what was their fourth bid for the European U17 champion with France.

The Germans were notably interested in wrapping up a deal as quickly as possible before the forward’s 18th birthday so as to fend off English sides who would have faced British work permit regulations for his signing.